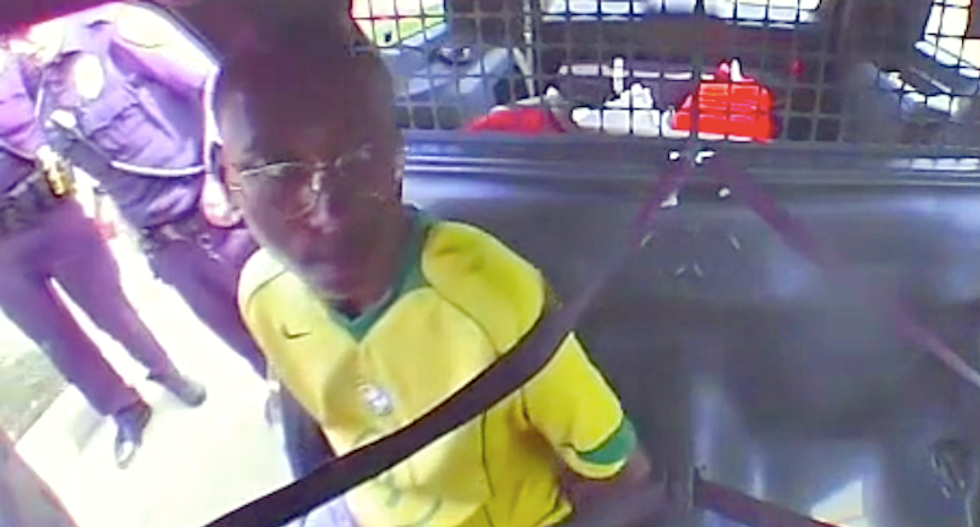 A young black man was handcuffed by Wisconsin police on his way home from church Sunday because two passersby saw him in a car with a white woman -- who is his grandmother.

Akil Carter, 18, was riding with his grandmother and her friend when they were pulled over by Wauwatosa after a black couple reported that he was robbing two older white women, reported the Journal-Sentinel.

The incident was recorded on police video, and police said officers drew their handguns but pointed them away from the Carter and the two women.

Officers called Carter toward them, rather than approaching the vehicle, and placed him in handcuffs for about six minutes while they investigated the witness report.

Video recorded in the squad car shows the handcuffed Carter explaining that his grandmother was the passenger and her friend was driving the car.

"I'm guessing what this sounds like is a really big misunderstanding," an officer finally says.

Carter's grandmother can be heard on the video, saying the passersby must have made an assumption based on her grandson's race -- and an officer tells her the couple who reported them was also black.

"That is even worse," the grandmother says.

Police had ordered the couple to remain at the scene while they investigated the report, but they left when officers returned and have not made a formal statement.

One of the officers apologized to the family for the apparent misunderstanding.