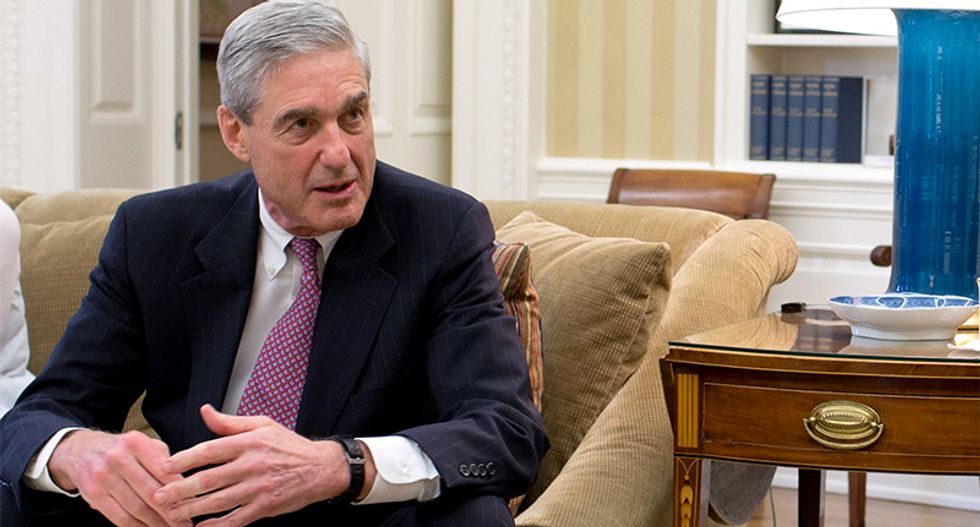 U.S. Special Counsel Robert Mueller will accept written answers from President Donald Trump on whether his campaign conspired with Russia to interfere in the 2016 U.S. election, but Mueller is not ruling out a follow-up interview on that issue, a person familiar with the matter said on Tuesday.

Mueller’s offer to accept written responses from Trump on questions about possible collusion was contained in a letter that Trump’s lawyers received on Friday, the person said.

The letter was first reported by the New York Times.

Trump’s legal team and Mueller’s investigators have been negotiating for months over whether Trump will be formally interviewed in the probe.

After receiving the written responses, Mueller’s investigators would decide on a next step, which could include an interview with Trump, the person said.

Another area of interest to Mueller’s office is whether Trump tried to obstruct the investigation, but it was not clear how any possible questions on that subject might be handled.

Rudy Giuliani, one of Trump’s lawyers, did not immediately respond to a request for comment.

U.S. intelligence agencies have concluded that Russia interfered in the 2016 presidential race, seeking to tilt the vote in Trump’s favor.

Russia has denied interfering in the election. Trump has said there was no collusion and has called the Mueller probe a “witch hunt.”

The United Democracy Project (UDP), an AIPAC-affiliated super PAC, has already spent $24.2 million on Democratic primaries this cycle, including millions that it raised from top Republican megadonors like Paul Singer and Bernard Marcus. The money has helped AIPAC-backed candidates wipe out progressives in primaries in Michigan, Maryland, North Carolina, Pennsylvania, Texas, California and Ohio.

Some voters in Wisconsin are certain Donald Trump rightfully won the 2020 election because they don't know anyone who will admit voting for President Joe Biden.

The former president's election lies dominate the state's Republican primary, where GOP candidates range from those who believe the last presidential election was rigged against Trump to those who say the results can be overturned nearly two years later -- although there's no mechanism in state or federal law that could accomplish that, reported the New York Times.

In a recent interview, Georgia GOP Rep. Marjorie Taylor Greene said that while she didn't like the fact that Alex Jones was spreading conspiracy theories about the 2012 Sandy Hook mass shooting, "Alex has apologized over and over again."

On Friday, a jury in Texas decided that Jones must pay $45.2 million in punitive damages to the parents of Sandy Hook shooting victim Jesse Lewis. The decision came one day after the jury awarded $4.1 million in compensatory damages.