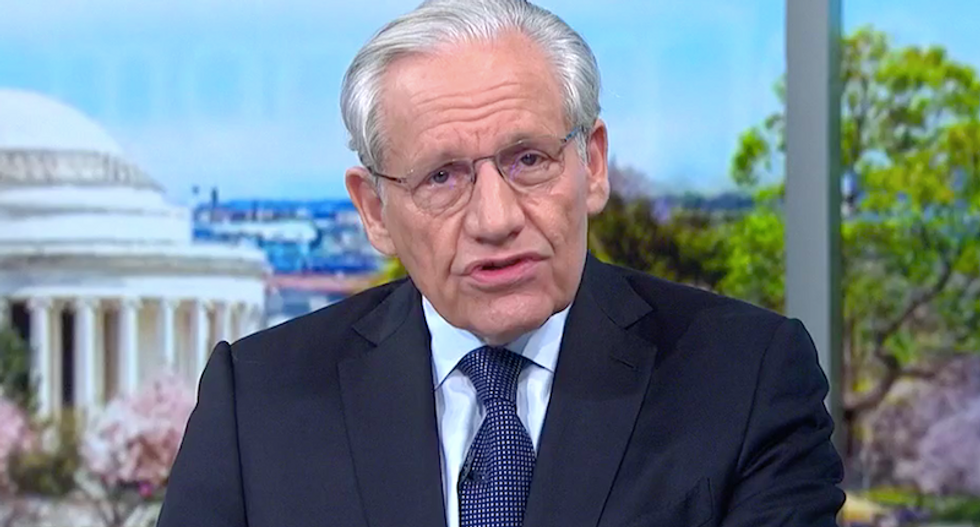 The journalist and author said much of the best reporting on Trump's presidency has focused on the Russia investigation, but Woodward said he uncovered a troubling pattern in all of the president's failures.

"In the foreign policy areas, the handling of North Korea, Afghanistan, the Middle East, all of the immigration issues, all of the trade issues, I was able to excavate and find out actually what happened," Woodward said. "This is the pattern -- he won't face what's real."

Woodward had written books on nine presidents from Richard Nixon to Trump, and he said each one is different, but he said the current president has a defining characteristic.

"I think the key in examining Trump is actually what will he do when people present him with facts?" he said. "For instance, it sounds a little esoteric, but the World Trade Organization, which the United States is a member of -- very important, allows us to file complaints of unfair trade practices -- and there's a meeting in the Oval Office and the president says, 'Well, the World Trade Organization is the worst organization ever. We lose all of our cases.'"

Trump's advisers presented him with data that showed the U.S., in fact, won 85.7 percent of the cases it brought before the organization, and he simply rejected their data.

"He says, 'No, that's not true,' and the people are saying, 'Look, call the U.S. trade representative, your guy, and he will confirm this,'" Woodward said.

The president flat-our rejects information that challenges his biases and beliefs, the reporter said.

"At some point, he gets literally where the aides ask him, 'Where did you get these ideas?'" Woodward said. "And he will say, 'Well, I've had them for 30 years, they're right and if you disagree, you're wrong.'"