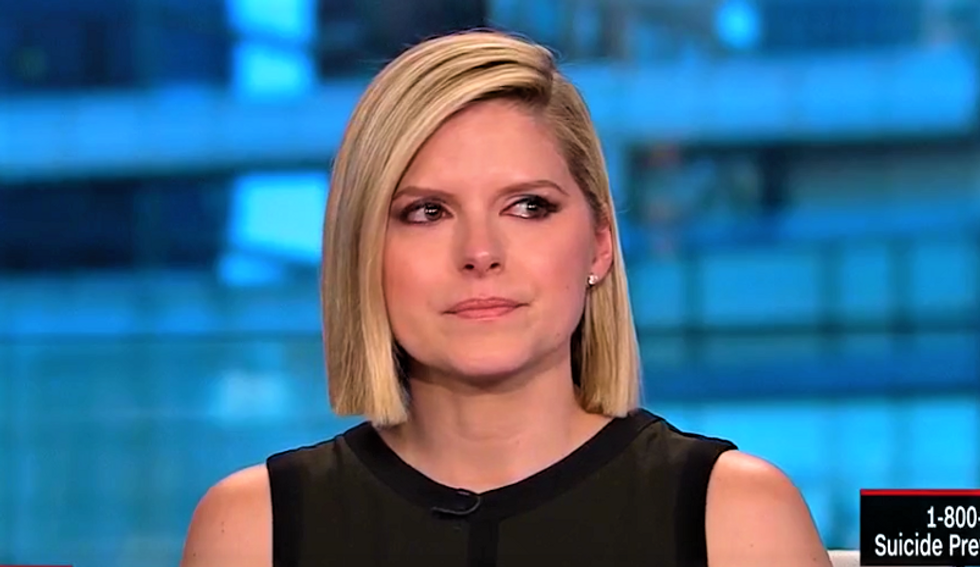 A CNN panel was derailed Monday evening when a former GOP Senate adviser suggested that Dr. Christine Blasey Ford, the first woman to accuse Brett Kavanaugh of sexual assault, had spoken out enough about the incident.

Scott Jennings, a former senior adviser to Senate Majority Leader Mitch McConnell (R-KY), said he believes Kavanaugh and his wife Ashely should repeat their Monday night Fox News interview every day "until the hearing on Thursday" — a move host Kate Bolduan characterized as a "PR roadshow."

The Nation's Joan Walsh then pointed out that Dr. Blasey Ford has been asked "multiple times" to do interviews and declined — a statement Jennings refuted.

"She talked to the Washington Post, she was the first to talk!" the former GOP Senate aide interjected, adding that her words had been restated on TV.

"We're talking about television interviews," Walsh noted as Jennings continued to speak over her.

"Her words have gotten plenty of airtime versus Kavanaugh," he added. "Come on, guys."

The host noted that CNN has publicized the nominee's denial and Donald Trump's defense of his character, ending the conservation.