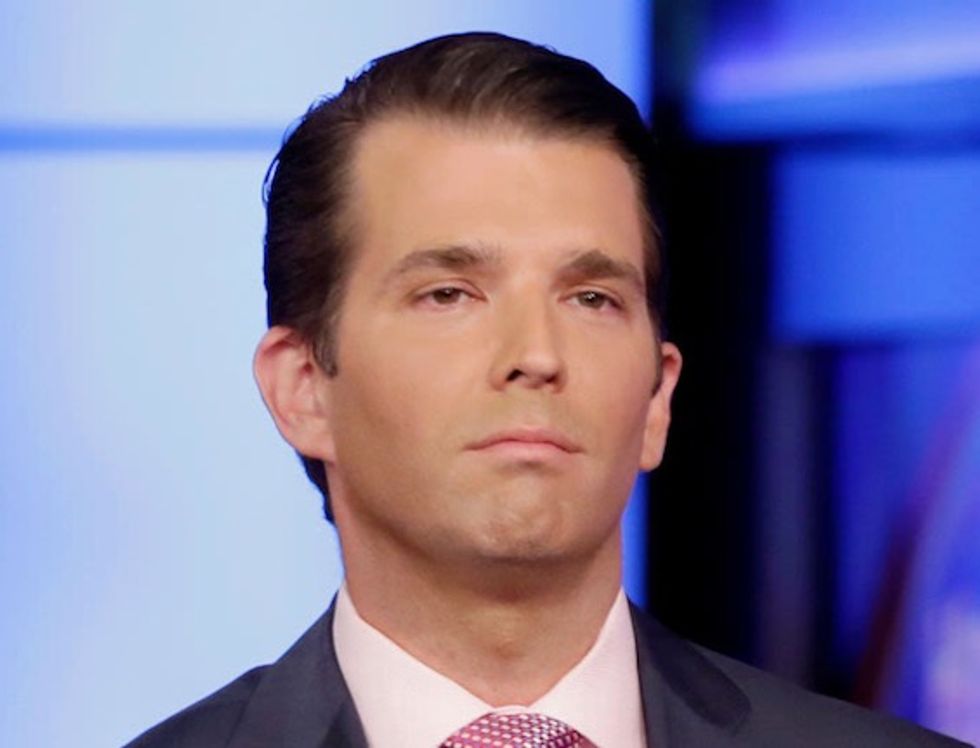 Responding to an interview Donad Trump Jr. gave to Breitbart.com, where he attacked former President Barack Obama with the claim, "My dad fixed the economy you could not," a CNN panel nipped that story in the bud with a simple fact check.

Late Saturday night, President Donald Trump promoted the interview in a tweet,  writing: "Exclusive -- Donald Trump Jr. to Obama: My Dad Fixed the Economy You Could Not http://bit.ly/2NehnyL  via @BreitbartNews "

According to CNN's John King: not true.

"Simple math," King bluntly stated. "There have been 95 consecutive months of job growth -- Donald Trump has been president for 19 months."

"The recovery started under Barack Obama," he continued. "It has gained steam with tax cuts and deregulation, the president can claim all the credit he wants for that, but simple math there."