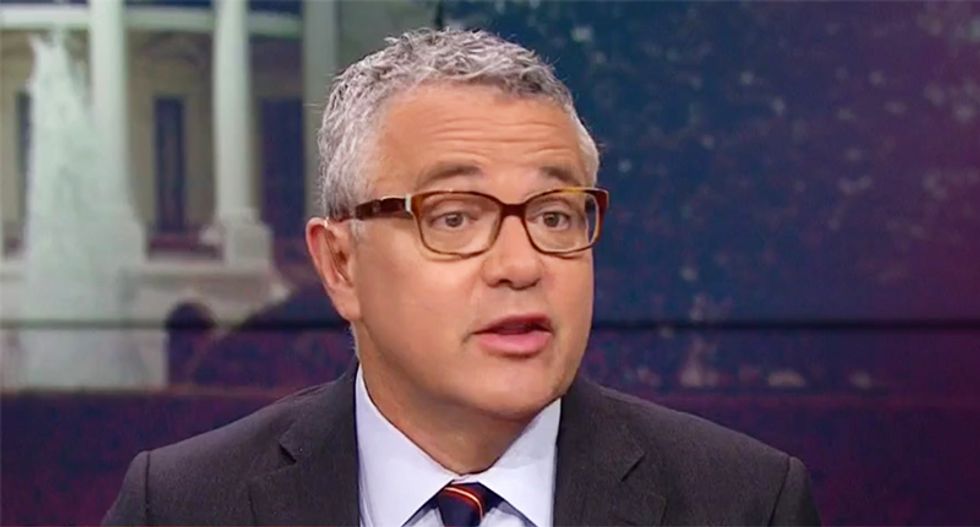 After Sen. Jeff Flake (R-AZ) made a surprise call for the FBI to investigate the sexual assault allegations against Brett Kavanaugh, CNN's Jeffrey Toobin admitted his criticisms from earlier in the day were wrong.

At the beginning of the day, Flake announced that he would vote to confirm Kavanaugh -- and Toobin berated him for it.

"If there is a weaker, more pathetic political figure in the U.S. than Jeff Flake," he said, "I’m not aware of who it is."

"Time for me to eat crow," the analyst said Friday evening in a panel discussion led by Anderson Cooper.

The analyst noted that it's rare for a politician to singlehandedly make such an important move -- but that the Arizona Republican had done just that.

"I was critical of him for big talk, little action," Toobin said. "Brett Kavanaugh may yet well be confirmed, but if it wasn't for what Flake did today, he would be confirmed tomorrow."