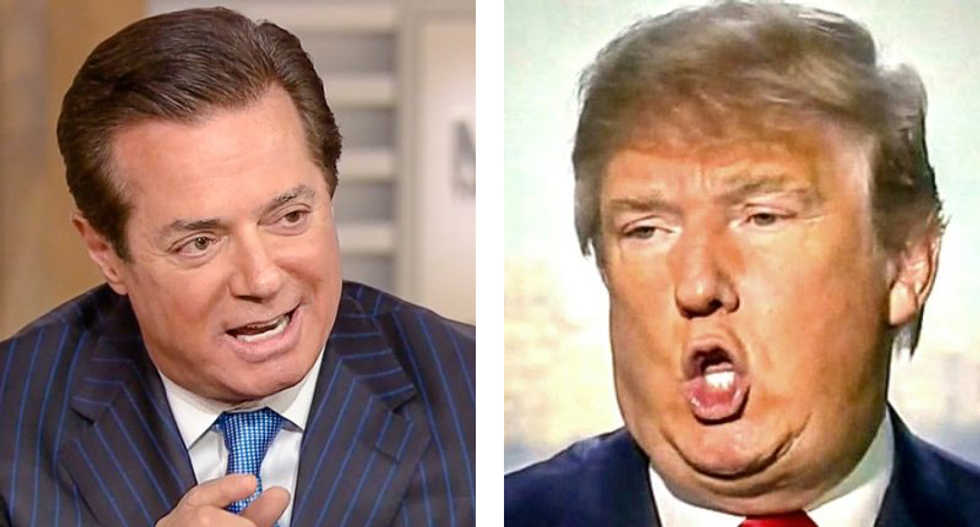 Lawyers digging deeply into ex-Trump campaign manager Paul Manafort's plea deal with special counsel Robert Mueller say they are stunned at all of the safeguards put in place by investigators that virtually assures that President Donald Trump can't interfere by offering a pardon to shut the former aide up.

According to Politico, the Manafort deal was carefully constructed to block Trump from getting involved, with additional threats to come after Manafort on other charges if Trump tries to derail Manafort's flipping on the president.

“What is most concerning to me is that Mr. Mueller, who is a part of the executive branch and is supposed to follow all of DOJ’s policies and procedures, is specifically seeking to impede the ability of the president to exercise his constitutional pardon authority,” explained David Rivkin, a Justice Department official under conservative Presidents Ronald Reagan and George W. Bush.

According to the deal that Manafort agreed to, he is agreeing to not seek a pardon from his former boss, as well as not "seek another form of executive clemency that could relieve him of the obligation to turn over tens of millions of property to the government as part of the plea bargain."

The deal also left open the door for prosecutors to go after five identified homes or apartments, three bank accounts and a life insurance policy belonging to Manafort with impunity and "without regard to the status of his criminal conviction."

According to University of St. Thomas law professor Mark Osler, provisions buried in the deal show Mueller is looking at Trump's long game and that complex deal throws up a series of roadblocks to rein Trump's interference into the Russian influence investigation in.

“These waivers are troubling because they have to do with future events we can’t predict,” Osler explained. "“They did a pretty good job hiding what they did, but as part of these agreements, sometimes the most important things you want to bury it a little.”

According to the report, should any of Manafort’s guilty pleas or convictions be wiped out for any reason, prosecutors will have the right to charge him with any other crimes he may have confessed to during recent plea negotiations.

According to Osler, portions of Manafort's deal are designed to close off "legitimate routes a defendant should be able to use to raise potential unfairness."

"It does appear this document was created with clemency in mind," explained Osler. "If this plays out ... and later we get a pardon of some kind, we're going to have a lot of questions of first impression, I think. Then, we're going to be in the courts on this and it'll be fascinating."

You can read the report here.