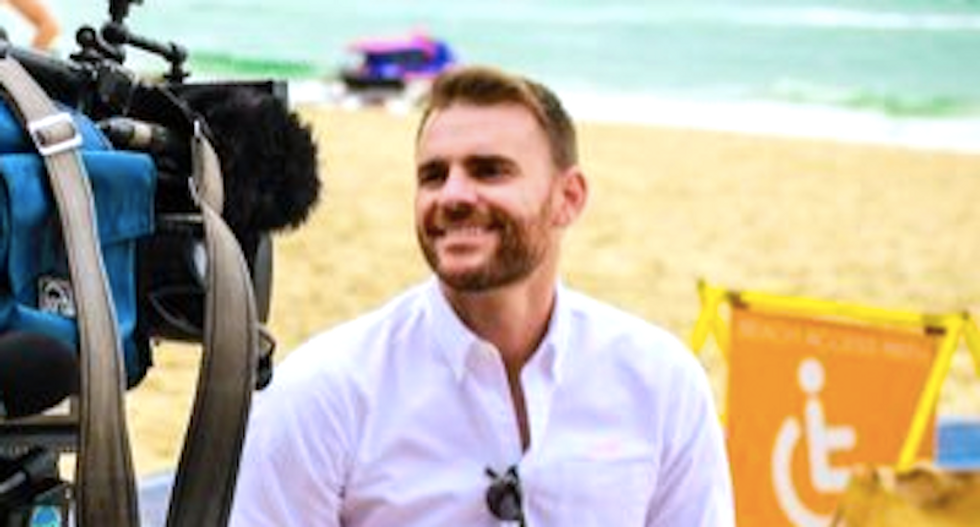 An Australian traveler said his Bali vacation was ruined when Qantas flight attendants called police on him over his wheelchair.

Shane Hryhorec checked in Wednesday for his flight from Melbourne and was told he could take his foldable wheelchair into the cabin, where he intended to store it in an overhead compartment, reported news.com.au.

Qantas policy allows collapsable wheelchairs inside the cabin of large Airbus A380 and Boeing 787 aircraft, but they must be kept in the hold of smaller planes like the Boeing 737 -- which Hryhorec was boarding.

The flight crew told Hryhorec he had to store his wheelchair in the hold, and he asked why he was getting conflicting directions.

That's when Hryhorec and his companion were removed from the plane and taken to the terminal, where Australian Federal Police were waiting for them.

“I got in the car and cried, I was so upset," said Hryhorec, who owns the disability equipment company Push Mobility. "Sadly, this is not uncommon for people with disabilities. I just really wonder when things like this will stop happening to us.”

@qantas just kicked me off my flight. They wouldn’t allow my wheelchair in the overhead locker like (@EtihadAirways… https://t.co/V8gBtz7XUb
— Shane M Hryhorec (@Shane M Hryhorec)1536750783.0

Hryhorec said he hadn't had an issue storing his wheelchair in the cabin before, and he said it was designed to fit in overhead compartments.

“I can’t afford having my chair to be damaged," he said. "I run a company that replaces wheelchairs that have been damaged in flights. I understand what happens when people fly with their chair in the hold. I was going from Bali to Europe for work and if something happened to my chair, that would affect my travel for work.”

Qantas said the incident was the result of a miscommunication, but didn't explain why the flight crew called police.

“We apologise that due to a miscommunication, one of our customers boarded our Boeing 737 aircraft intending to store their wheelchair in the overhead compartment when they are not able to be stored in the cabin," the airline said in a statement.

“On smaller aircraft, wheelchairs are carried in the hold and returned back to their owner on arrival," the airline added. "It is never our intention to inconvenience our customers but safety for all customers is our No. 1 priority.”