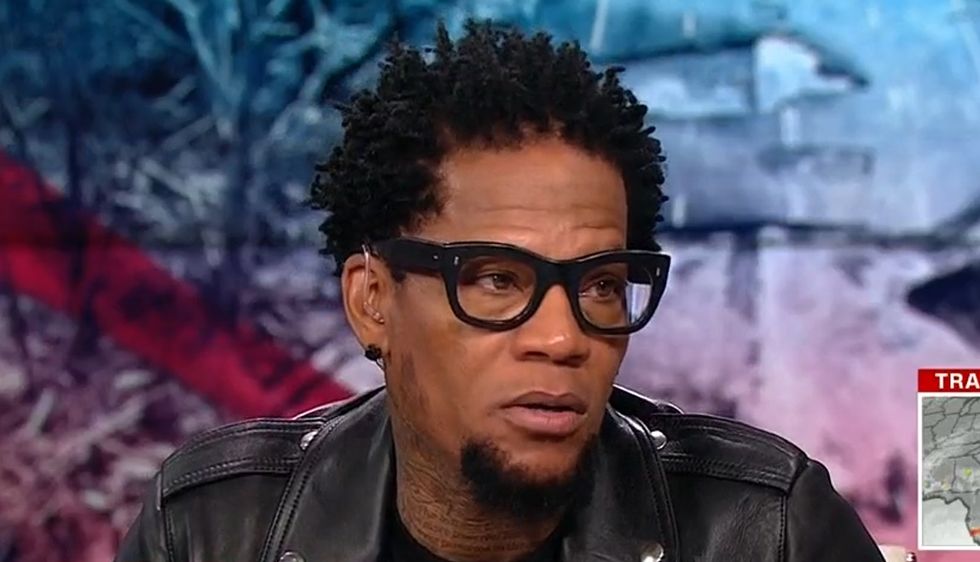 Comedian DL Hughley appeared on CNN Wednesday to promote his new book, called "How Not to Get Shot" -- and he took some shots of his own at President Donald Trump.

Hughley began by registering his disgust at the president for crowing about the "great job" his administration did in hurricane relief efforts in Puerto Rico, despite the fact that nearly 3,000 Puerto Ricans died in the wake of the storm.

"When you throw paper towels at people drowning, that tells you that there is some -- your meter is off a bit," Hughley said of the president, referring to the infamous PR stunt where Trump tossed rolls of paper towels to storm-ravaged Puerto Rican residents.

Hughley then went on to excoriate members of Trump's administration who let him dole out favors to his allies while neglecting places like Puerto Rico that desperately needed federal help after Hurricane Maria last year.

"To me, it is less about him and more about the people who enable him," he said. "You expect this from a game show host. But the people who have been long term bureaucrats and politicians, they understand better... It is no different than a banana republic. Whoever he likes, he does stuff for, whoever he doesn't, he's indifferent to."