Ex-ambassador: Trump is unfit to be president no matter who wrote the NYT 'resistance' op-ed 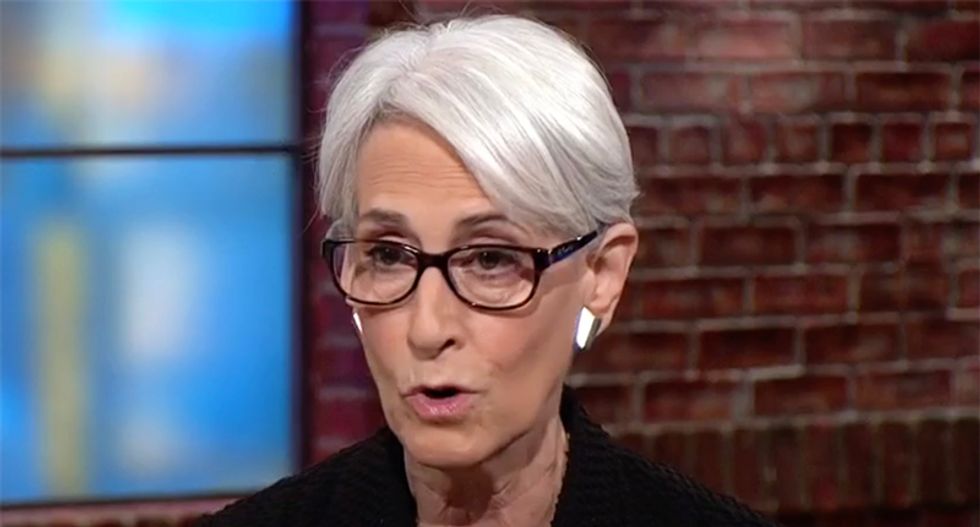 Appearing with CNN host John Berman, the former special advisor to the President and Secretary of State and North Korea policy coordinator under President Barack Obama called Donald Trump "unfit" to hold the office of president.

Addressing the writer of the anonymous op-ed in the New York Times who admitted they are working to undermine the president as part of the resistance, former Ambassador Wendy Sherman said the people who are working against Trump need to step up.

"I'd rather they be there than not," Sherman told host Berman. "But there is a very thin line here which I think we are trying to wrap our arms around is at what point do you sort of call 'time out,' and say what is going here is so bad."

"The president of the United States is so unfit to be president and, whether it is the 25th Amendment or more likely the midterm elections that lead to a change or greater accountability, and perhaps a change in 2020," she continued.

Asked about the anonymous author who is exposing the president via the New York Times, Sherman said it did matter who the person is.

"I think, sadly, this person is probably trying to be able to say, that there are Republicans who are good guys who have protected us and are leading us if you are really cynical about this," she explained. "But what really matters here is who the president of the United States and who is leading our country."

"I think we have lots of guesses [who the author is] but I think it is irrelevant," Sherman added. "If we focus only on process, we're missing the big picture here."

Watch the clip below via CNN: