Ex-CIA chief John Brennan offers dire warning about Trump: ‘A wounded lion is dangerous — and he is very wounded’ 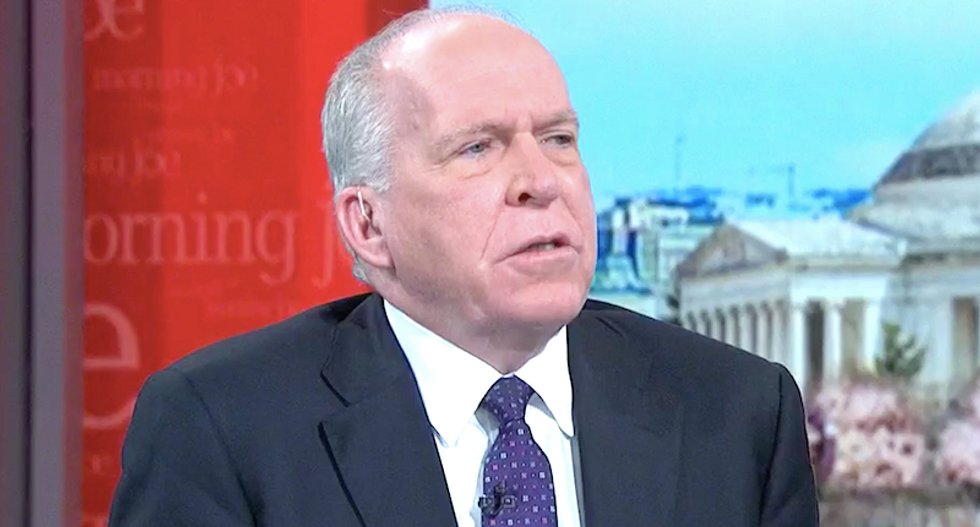 Former CIA director John Brennan said the situation described by a senior administration official in a New York Times op-ed was both dangerous and completely predictable.

Brennan appeared Thursday on MSNBC's "Morning Joe," and historian Jon Meacham asked the former CIA director to offer a psychological profile of Trump as he would provide to an American president about a foreign leader.

"As we anticipated, this individual is going to be facing increasing pressure from within," Brennan said. "The walls are collapsing around and his mercurial, reckless nature might lead him to do something rash to distract attention from his problems, his domestic problems."

Brennan suggested Trump might provoke a military conflict or crack down on domestic dissent.

"We've seen this behavior before in terms of authoritarian leaders, who will continue to suppress and repress any type of opposition and remove any threats that he or she sees that are rising on the political scene," Brennan said. "But I wouldn't rule out that there is going to be some type of effort to engage in some type of action that will distract attention from his political problems. better when he says it."

"A wounded lion is very dangerous, and he is very wounded," Brennan said.