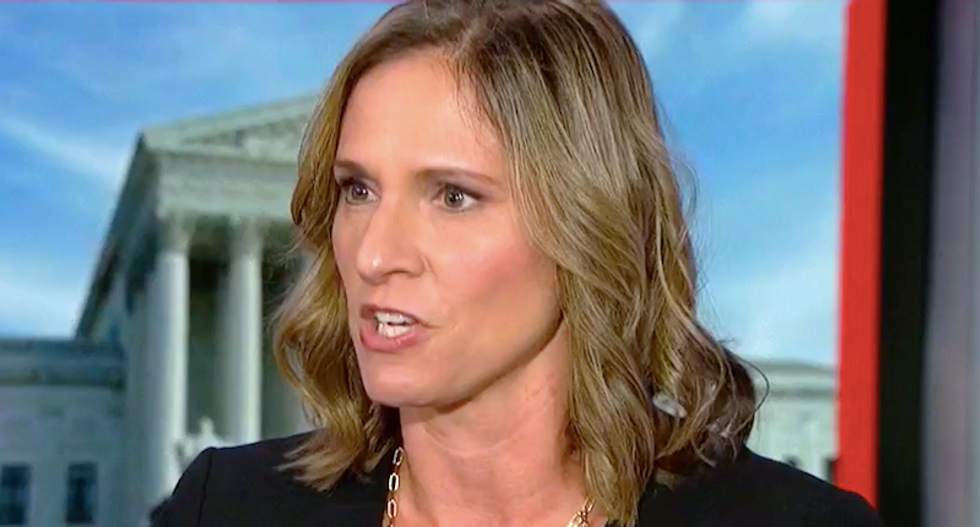 A former assistant U.S. Attorney was "embarrassed" for the prosecutor tapped by Senate Republicans to question Christine Blasey Ford about sexual assault allegations against Brett Kavanaugh.

"Frankly, as a former fellow prosecutor, I'm embarrassed that this prosecutor, Ms. Mitchell is participating in this sham," Rocah said. "Because what is going on here right now is she is trying to put Dr. Ford on trial for interrupting the flow of Judge Kavanaugh's nomination. That is really what this feels like."

She said Ford, a psychology professor from California, was a highly credible and effective witness.

"Having seen, I don't know, hundreds of witnesses in my career, she is incredibly credible in trying to remember as many details as she can -- and she explained how memory works, not just for trauma," Rocah said.

Ford drew on her education and background to offer detailed explanations of not just her own recollections, but the science behind memory.

"If the three of us sitting here right now tomorrow were to try and recount what happened here the important details -- who was sitting at the table, there were bright lights, it was chilly in the room," Rocah said. "I would remember that you, Brian (Williams), were wearing a tie, but if someone asked me tomorrow, what color was the tie, I may not remember. It's a very nice tie, but I may not remember the color. I may not remember how many cameramen were standing to my left."

"You remember the big points," she added. "That's what's important, and that is what she remembers. She remembers a lot of detail."

Rocah said Ford's scientific training offered an unexpected benefit to her testimony in what is scheduled to be a two-witness hearing.

"When she started talking about memory and how it works, it's almost like you're listening to an expert witness," Rocah said.

Prosecutors and defense attorneys rely on expert witness testimony to explain complex topics to jurors, but Ford is able to serve as both an eyewitness and an expert.

"We call (them) in court all the time after the victim-survivor has testified, and here she's embodying both in one," Rocah said. "So many people are crying for her, but they're also cheering for her because the strength and the fact that she has the peace of mind to sort of remember the science behind this while she's talking about something so traumatic is actually amazing."

"I think, you know, look, for anyone to sit here now after seeing that, anyone, I mean, I defy anyone to say that she is lying about this," she added.