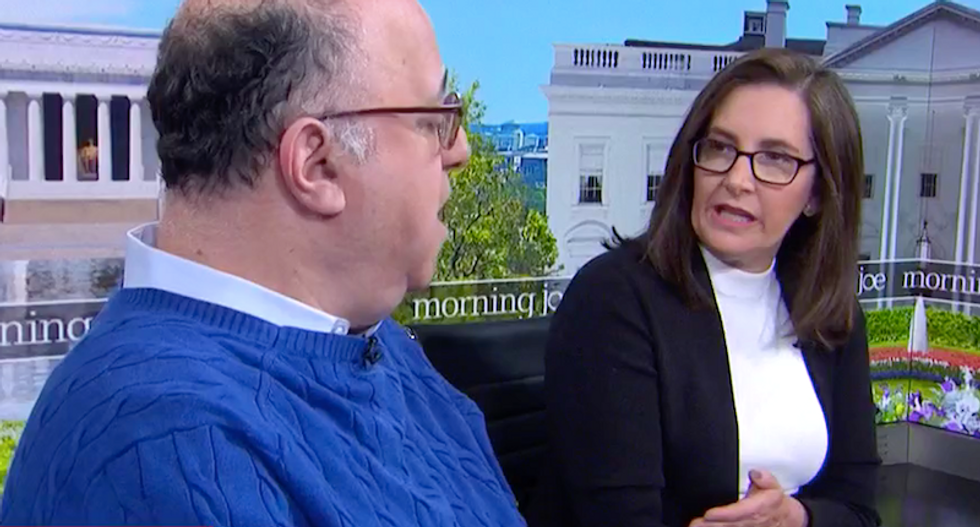 A conservative commentator on MSNBC's "Morning Joe" insisted sexual assault allegations against Brett Kavanaugh may have been cooked up to keep him off the U.S. Supreme Court, but a former U.S. Attorney explained why his argument was ridiculous.

John Podhoretz, editor of Commentary magazine, argued the stakes were too high not to consider the possibility that Christine Blasey Ford might have made up her claims, which he compared to the unsolicited tips any journalist receives from anonymous cranks.

"A certain standard has changed when you're talking about a lifetime appointment to the Supreme Court, an enormous political matter, in which people might be seeking the course of American history as private citizens by making false allegations," Podhoretz said.

But Joyce White Vance, the former U.S. Attorney for the Northern District of Alabama, said his argument showed why a more thorough investigation should be conducted than what Senate Republicans are willing to approve.

Podhoretz speculated that perhaps Sen. Dianne Feinstein (D-CA) had "tabled" a letter written by Ford detailing the allegations for maximum political impact, but Vance reminded him the accuser had not been willing to come forward publicly at that point.

"Or not," Podhoretz speculated.

"Well, everybody is on record as saying that," Vance said. "It's about the request for anonymity."

Podhoretz said the Democratic senator should have immediately forwarded the letter to the FBI, instead of waiting until confirmation hearings had begun.

"The presumption, if she is telling the truth, is that it didn't go somewhere because people were negligent in dealing with her allegations in the letter," he said. "But we don't know that that's true."

The former federal prosecutor explained to Podhoretz how the investigative process works.