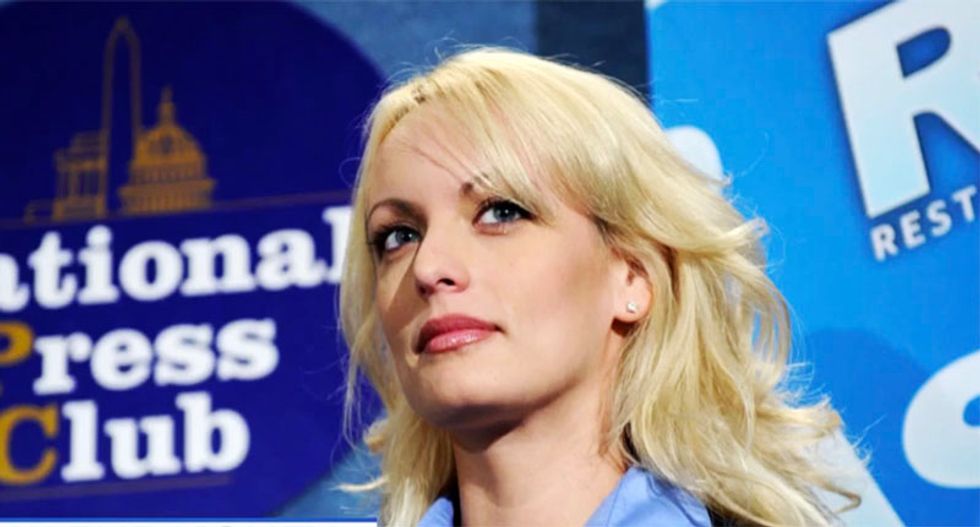 The Ohio Vice Squad that arrested adult film star, Stormy Daniels, is under investigation by the FBI for "criminal activity," reported the Daily Beast.

“Recent high-profile incidents have brought forward a variety of allegations against the Vice section via social media postings and other sources,” a press release from the Columbus Division of Police read. “Persons who have knowledge of criminal activity by members of the Columbus Police Vice personnel are asked to call a tip line set up by the FBI to investigate these claims.”

Daniels was arrested in July during an appearance on her tour on allegations that she broke an Ohio law that says semi-nude performers cannot touch people. The charges were dropped against her the next day.

However, her attorney Michael Avenatti noted that there was foul play at hand and that Daniels was specifically targeted. “Were these just some rogue officers or were others involved? I think this is going to be very interesting," Avenatti said while interviewing with "The View."

The Vice Unit has been described as "shady" and The Daily Beast reported that Daniels arrest was "politically motivated." In Septemeber, Chief Jacobs suspended the Vice Unit and said in a statement: “We do not tolerate bad cops here and if we’ve got the evidence to prove that they are, I think our record shows that we will address that bad behavior.”