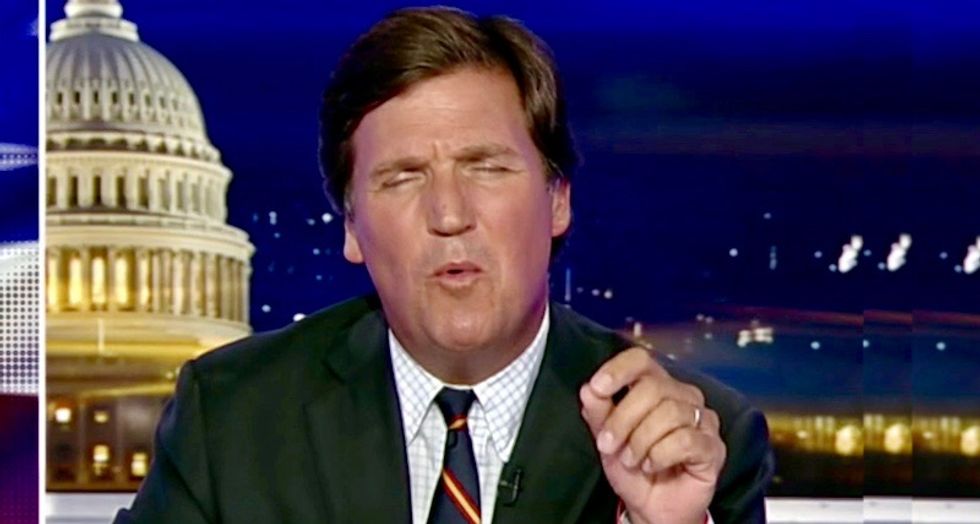 Fox News host Tucker Carlson had Michael Avenatti on his show Thursday night in what turned out to be a combustible exchange. Carlson insulted Avenatti and repeatedly interrupted him, and then cut his guest's microphone off so that the host could have the last word.

Carlson appeared to be confused about why Avenatti and others are angry about Trump, which is not his affair with Stormy Daniels but the fact that his lawyer admitted to illegally covering it up and that the president continues to lie about it to this day.

"There was this undertone of moralizing," Avenatti said. "Either get to be a libertarian on this stuff or you get to be an evangelical but you don't get to be both, do you?"

Steyn said that it was "a sad commentary" on America that Avenatti is "more famous" than his client.

"That is so deep and true, what you just said," Carlson said. "I'm printing that out and putting that on my fridge."

Steyn and Carlson then discussed the "depressing" places that Daniels is dancing.

"In the end, the only ones who thrive are the lawyers, the parasites," Carlson said. "And that is actually a metaphor for what's happening in this country."