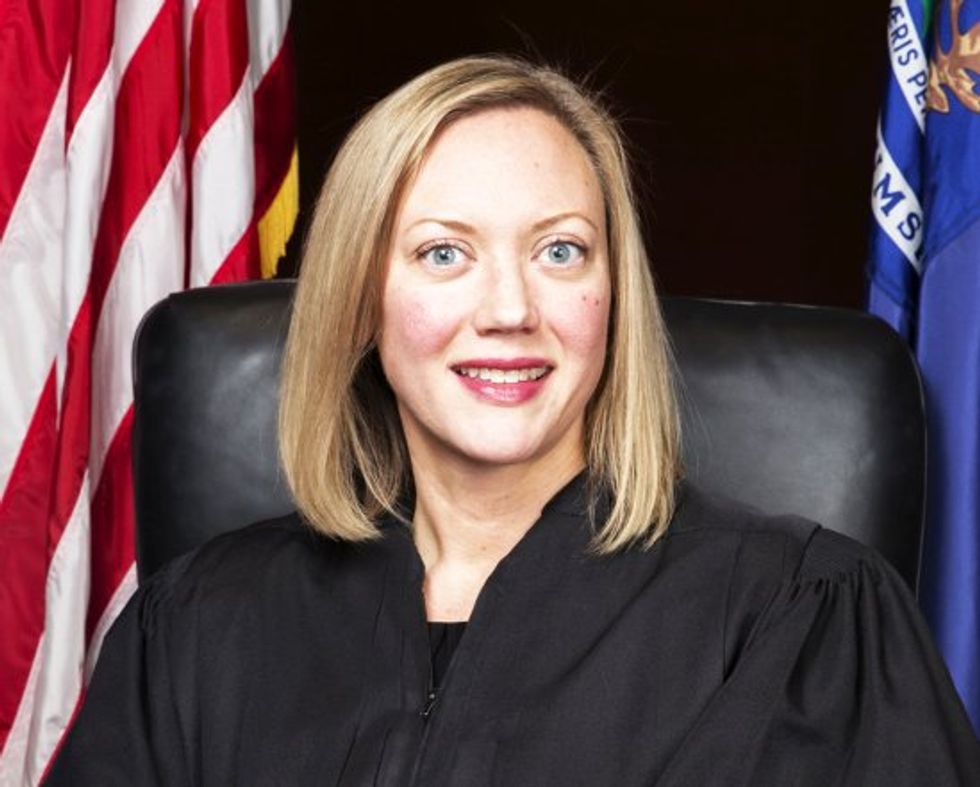 A GOP-appointed Michigan Supreme Court justice said she was 'shunned' by her fellow Republicans for ruling against gerrymandering.

The Detroit News reported that special interest groups tried to pressure her into voting against a November ballot measure that will allow a nonpartisan outside group to "fix" the state's gerrymandered legislative districts. When she decided to vote for it, she said the party turned its back on her.

In July, Clement was one of two GOP-appointed Michigan Supreme Court justices who backed the ballot proposal 4-3.

The ballot proposal was approved soon after Michigan's Bridge Magazine reported on leaked emails that illustrated the Republican urge to redraw districts that would actively hurt "Dem garbage."

Clement told the News that certain "outside interests" pressured her to vote against the measure while she was deliberating — but refused to identify what those interests were.

Justice David Viviano, the other Republican-nominated justice who voted in favor of the ballot measure, corroborated his colleague's account and said it was an unprecedented move.

"People are entitled to their own viewpoints on how a case should be decided,” Viviano told the News. “But it is inappropriate to direct those views at a member of the court while the case is being decided.”

The Michigan Republican Party recently left Clement's name off of door hangers featuring candidates up for election in November at the behest of volunteers who cited a "multitude of rulings" the justice made that they disagreed with.

In spite of refusing to name the groups who she says pressured her, the justice claimed there has "absolutely been an effort at bullying and intimidation.”

“I would hope that people would look at me as an example and have faith in the judicial system that we stand up to it,” Clement said. “I swore an oath to the people, not to special interests to do their will."

Michigan's Gov. Rick Snyder, who nominated Clement, issued a statement supporting her to the News that touted her as a "great asset to the Supreme Court" who brings "varied experience to the bench."

"Gov. Snyder supports Justice Clement as much today as he did the day he appointed her," the statement read, "when he said she was 'someone who will faithfully adhere to the proper role of the judiciary.'"