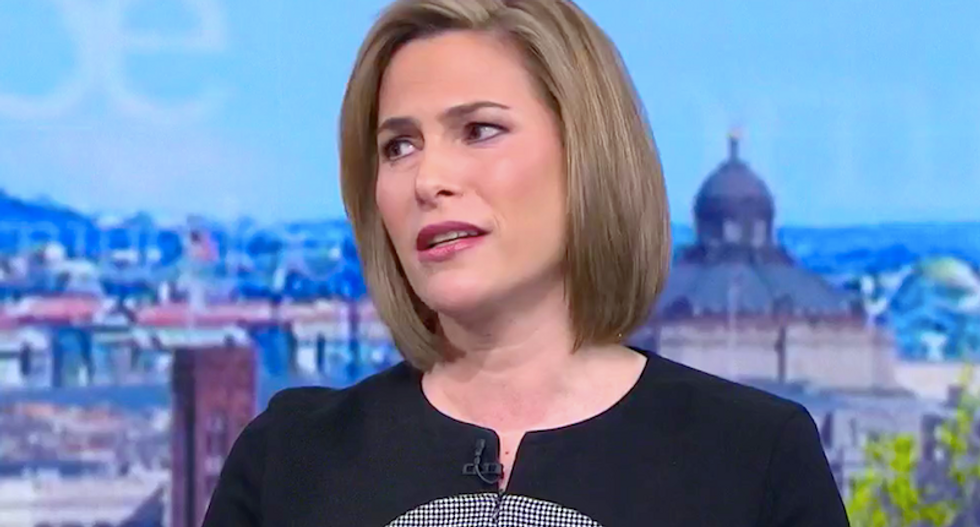 Del Percio told MSNBC's "Morning Joe" the Supreme Court nominee came across as overly emotional and highly partisan, and she said both of those qualities made him a poor candidate to serve a lifetime judicial appointment.

"A friend of mine, a lifelong Democrat, said, 'Well, maybe it will make him a better judge, because he knows what it feels like to be accused of something, and maybe it will give him insight,'" Del Percio said.

"But after watching the hearing and watching Judge Kavanaugh, I think he will be -- his temperament is just not suited," she added. "I think he's going to be resentful."

Del Percio said his partisan remarks should sink his nomination, regardless of the sexual assault allegations made against him.

"Even if it clears him, I think he dug himself into a hole yesterday that he can't come out of without being angry and resentful," she said.

Del Percio told host Joe Scarborough that she was extremely uneasy with the conspiracy theories Kavanaugh spun during his opening statement.

"He also lent in that partisan conversation about bringing up Clinton and Donald Trump, and that is what really unsettled me," Del Percio said. "That's where I started to feel this person is angry, and I don't know if he can come out of it."