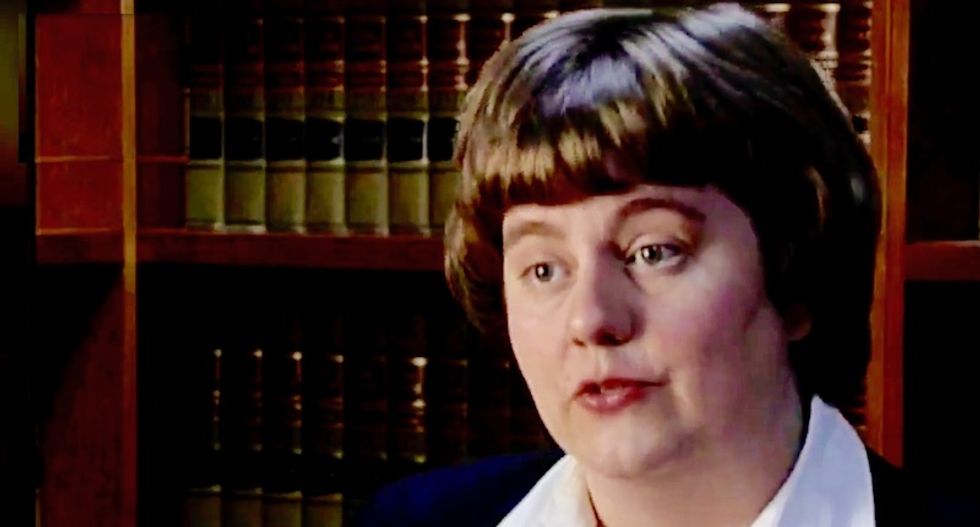 Wary of having 11 middle-aged or elderly white men interrogate the woman who says she was sexually assaulted by Supreme Court nominee Brett Kavanaugh, Senate Republicans have instead tapped an Arizona prosecutor to handle the questioning of Dr. Christine Blasey Ford.

Rachel Mitchell works for the Special Victims Division in the Maricopa County attorney’s office in Arizona. Mitchell has a lot of experience, having spent 12 years running the sex-crimes bureau in Phoenix. She's been with the office for 26 years, the last eight under Bill Montgomery.

Before that, Mitchell worked under ultra-conservative Andy Thomas, who focused heavily on immigration busts and feuded bitterly with the more moderate county officials who fund his office, at one point indicting county officials over their squabbles. Mitchell's former boss was later disbarred following an abuse of power case.

The agency that Mitchell comes from has come under fierce criticism for its handling of rape cases, and has a poor track record of getting justice for victims in rape, child molestation or domestic violence cases.

That clearance rate of Arizona rape cases stands at approximately 10%, well below the national average of 34.5%.

Maricopa County is notorious for disgraced former Sheriff Joe Arpaio, who was convicted of federal crimes and pardoned by Donald Trump. But the prosecutor's office that Arpaio worked with has also had a number of high-profile fails—especially when it comes to sex crimes. Arpaio has been slammed for ignoring rape and child molestation cases so he could pursue a jihad against Latinos. Maricopa County had to pay out massive settlements as a result of Arpaio's mishandling of rape cases.

That includes an alleged 2014 gang rape that prosecutors declined to take before a jury and several high-profile cases at Arizona State University in Tempe in Maricopa County, which the school has responded to by arguing that expulsion is "too severe" a punishment for rapists.

Those numbers kept more victims from reporting, advocates in Arizona have said, as they feared retribution from their attackers and had no faith that law enforcement or prosecutors would pursue their attackers.

“I think that comes from a history of the criminal justice process placing the character of the victim in question,” advocate Jessye Johnson told the Arizona Republic. “We’ve seen some shift in that in terms of rape shield laws.