HBO's Bill Maher explains why Brett Kavanaugh became 'unhinged' in hearings: 'Because Trump told him to!' 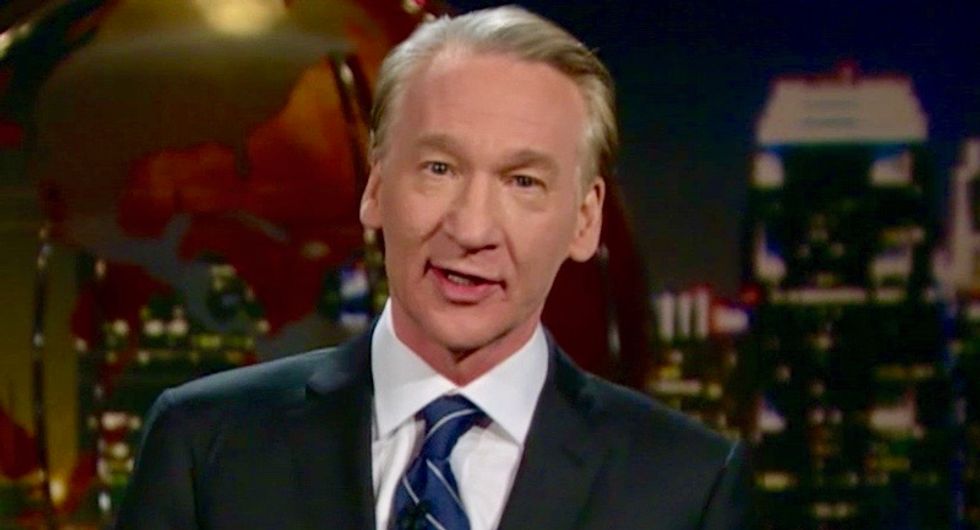 "If that was a divorce hearing, she would have gotten the kids," Maher said. "Why did Kavanaugh suddenly act that way? Because Trump told him to! Because Trump didn't like that he was being meek, good Brett. He wanted someone in his image so he gave him whiney little b*tch lessons."

During his testimony, Kavanaugh claimed that he drank beers with friends while in prep school but never blacked out or suffered any sort of memory lapse as a result. He explained away references to his vomiting while drunk in his yearbook and in his best friend and accused accomplice Mark Judge's memoir of drunken shenanigans as the product of a "weak stomach."

"This choirboy act..." Maher said. "You know what defense doesn't work so well anymore? 'I can't be a sex criminal, I'm a Catholic.'"

"This was a very different Brett Kavanaugh—he came out swinging," Maher said. "Like his penis at a college party."

"And then they tried to corner Lindsey Graham," Maher said. "But he got away, because he's familiar with the back door."