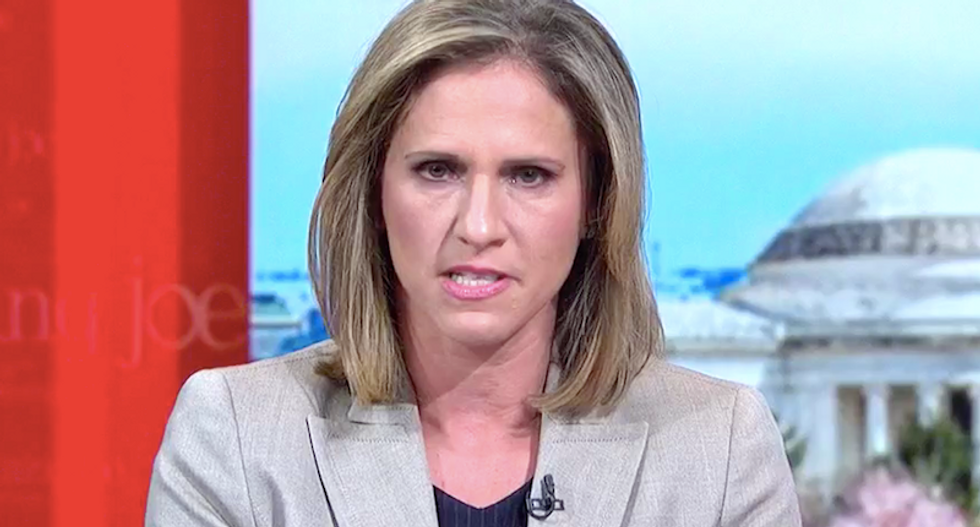 A former federal prosecutor explained why the sexual assault allegations against Brett Kavanaugh were credible -- and she called out Republican hypocrites who insist the accuser must publicly testify.

Mimi Rocah, a former U.S. Attorney in the Southern District of New York, signed on to a column vouching for the credibility of Christine Blasey Ford's allegations that was written with four other MSNBC contributors with legal backgrounds.

"If she was going to make it up, why would she put Mark Judge at the scene?" Rocah told "Morning Joe." "Why would she put a witness there who, you know, is in all likelihood going to contradict her because he is a friend of Kavanaugh's?"

The Pace Law School professor said Ford, a psychology professor in California, had little to gain -- and much to lose -- by publicly accusing the Supreme Court nominee of attempted rape while they were high schoolers.

"What would her motive be for coming forward?" Rocah said. "She does not appear to be a political woman. Why would she put herself through what she predicted would happen and is happening?"

Rocah said the specificity of Ford's claims made her allegations credible, and she said any credible rape accusation should be investigated -- especially when the case involves a Supreme Court nominee.

She then blasted Senate Republicans for attempting to rush Kavanugh's nomination past Ford's allegations.

"What the Republicans are offering to do right now is a total sham," Rocah said. "They want to throw her up there, they've already made up their mind."

"I mean, remember, President Trump won't go sit with Robert Mueller for an interview because he thinks it's a perjury trap, but this woman is supposed to go in front of judges -- meaning the senators -- who have basically decided she's lying," Rocah said. "That's the height of hypocrisy."