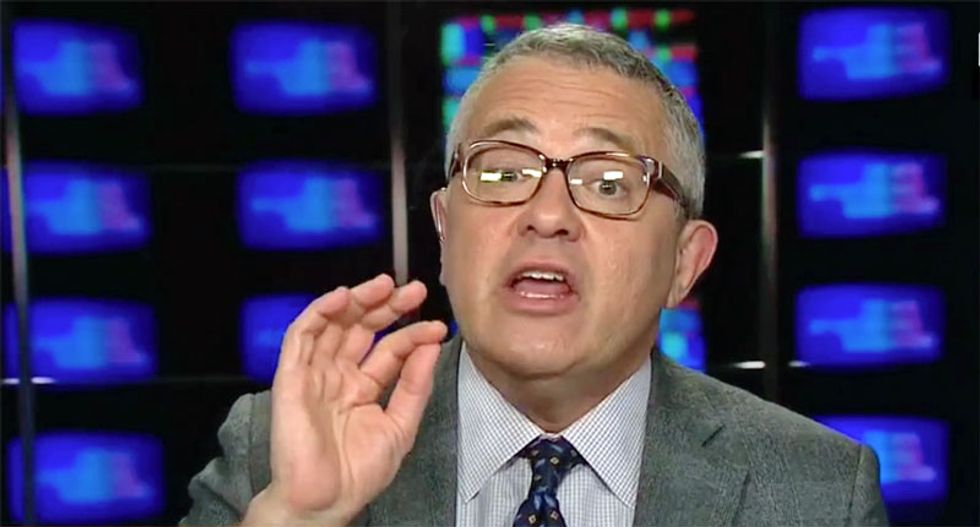 On Monday, Trump tweeted, “Two long running, Obama era, investigations of two very popular Republican Congressmen were brought to a well publicized charge, just ahead of the Mid-Terms, by the Jeff Sessions Justice Department. Two easy wins now in doubt because there is not enough time. Good job Jeff…”.

According to the CNN legal analyst, Trump has crossed the line into impeachment territory.

Asked by CNN host John Berman what he made of Trump's comments about the investigations of Rep. Chris Collins (R-NY) and Rep. Duncan Hunter (R-CA), Toobin cut right to the chase.

"You know, this tweet alone may be an impeachable offense," Toobin stated. "This is such a disgrace. This is so contrary to the traditions of the Department of Justice."

"The sentiment at the core of that tweet is so contrary to the mission of the Department of Justice and such an insult to the decent people who work there, the career prosecutors who work through Democratic and Republican administrations, it is -- you know, we wear ourselves out being outraged at things Donald Trump says, but this one really is different because it's such an affront to the values of the Justice Department."