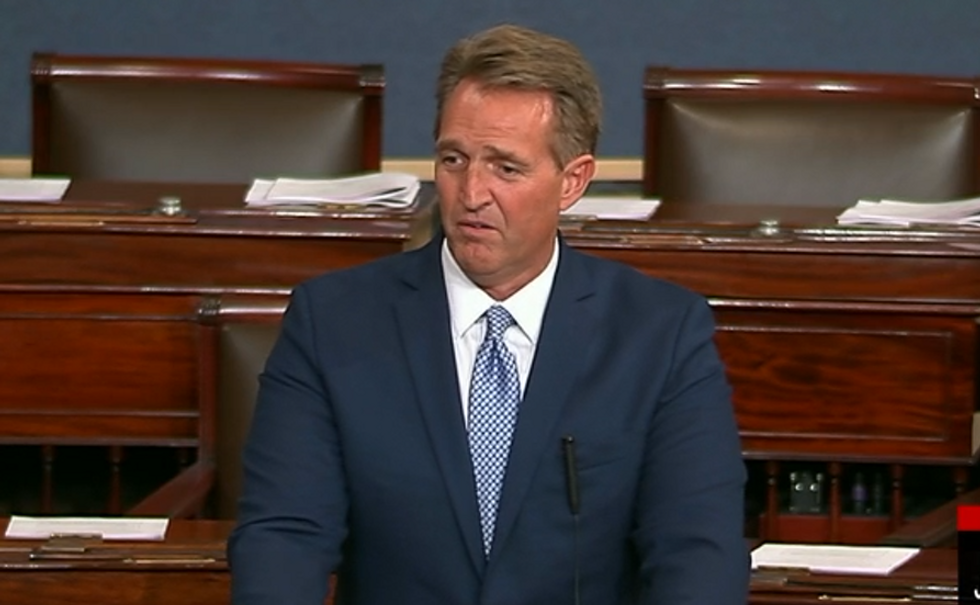 The Senate Judiciary Committee has approved a floor vote on Brett Kavanaugh's confirmation, but one Republican has joined the Democratic minority in calling for an investigation into sexual assault allegations.

Sen. Jeff Flake (R-AZ) called for the reopening of an FBI background check -- but voted to approve the nomination for a floor vote before the U.S. Senate.

The Democratic minority, joined by Flake, called for more investigation of sexual assault allegations against the nominee before a vote -- but committee chairman Chuck Grassley (R-IA) refused and abruptly ended the hearing.

The committee had initially agreed to delay Friday's vote until members could comment on testimony the previous day by Kavanaugh and accuser Christine Blasey Ford.

The California professor told senators that Kavanaugh's friend Mark Judge was present for the assault, but GOP senators have refused to issue a subpoena -- and he has declined to testify.

Democratic senators spent their time calling Kavanaugh's temperament and honesty into question, and urged the majority to approve an investigation before a confirmation vote.

The vote was delayed again after Flake and Sen. Chris Coons (D-DE) left the committee room to speak privately, and various senators then left to talk with the Arizona Republican, who is retiring when his term ends in January.