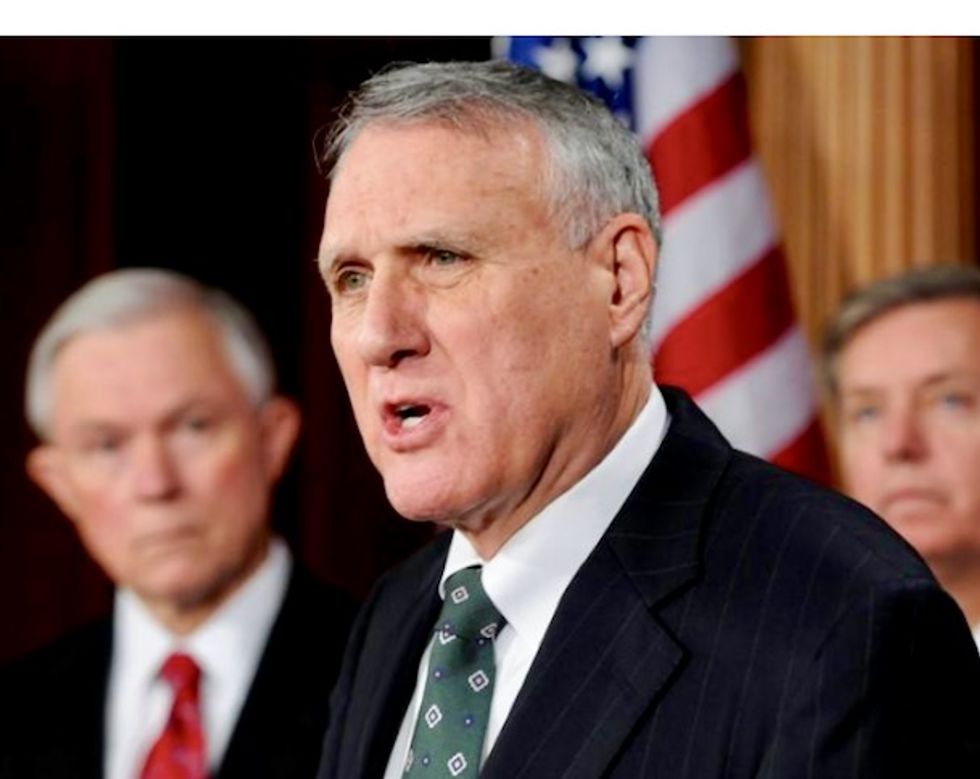 FILE PHOTO: U.S. Senator Jon Kyl (R-AZ) (C) leads a news conference about his opposition to moving forward on a vote to ratify the START treaty during the current lame duck session, at the U.S. Capitol in Washington, December 21, 2010. REUTERS/Jonathan Ernst/File Photo

The late U.S. Senator John McCain’s seat was filled on Wednesday when Jon Kyl, a former senator, took the oath of office in time to help Republicans in their push to confirm Brett Kavanaugh to the U.S. Supreme Court.

Kyl, 76, was sworn in as the new senator from the southwestern state of Arizona in a brief ceremony on the Senate floor. Vice President Mike Pence, who also serves as president of the Senate, administered the oath.

In replacing McCain, a maverick who at times went against his party, Kyl is expected to bring a somewhat more conservative political viewpoint to the Senate, which is controlled by Republicans. They hold 51 seats with 47 Democrats and two independents who align with Democrats - unchanged from when McCain held the seat.

McCain died on Aug. 25 after being diagnosed last year with brain cancer. He was buried on Sunday following tributes in both Arizona and Washington.

A full Senate vote on Kavanaugh could come later this month. Kyl likely will give Republicans a little more of a cushion in what is expected to be a close vote, given Democratic opposition.

Kyl, who had been working as a lobbyist at the law firm Covington & Burling, had a previous stint as senator, rising to serve in Republican leadership before retiring in 2013.

“He has great judgment, an even keel, he’s a team player, a true friend and an inspiring example of what a senator can and should be,” Senate Majority Leader Mitch McConnell said of Kyl shortly before the swearing-in.

In a news conference on Tuesday, Kyl said he would not be a candidate in a special election in 2020 to finish McCain’s term that ends in January, 2023.