MSNBC legal analyst: GOP is counting on the white women who voted for Trump believing Kavanaugh accuser is a liar 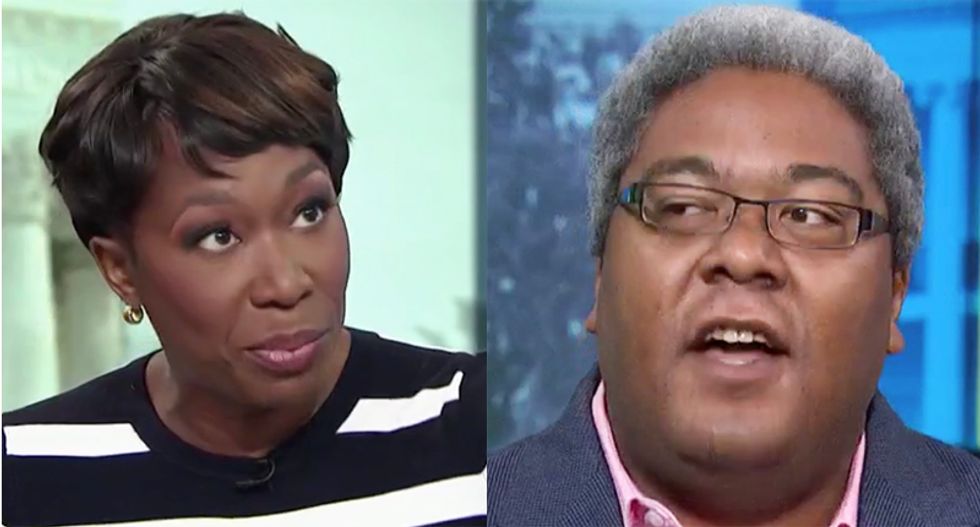 During a panel discussion on why the White House and the Republican party are going forward with the nomination of Brett Kavanaugh despite sex assault allegations, an MSNBC legal analyst said they are counting on the base to reject accuser Christine Ford's claims.

Speaking with AM Joy host Joy Reid, Above the Law editor Elie Mystal said Trump voters -- including the white women who ignored Trump's comments about grabbing women by their genitalia -- are unwilling to take a woman's word against a man.

"They [the GOP] don't want the truth," Mystal explained. "The Democrats sometimes fall for this. The Senate Republicans desperately want to make this 'he said, she said' because they are confident in their base and the 53 percent of the white women who already voted for Donald Trump. They are confident if you put him versus her in a one-on-one situation, their people will say 'Tarzan more truth than Jane. Jane just talking rib."

"That is what they think their base will say," he continued. "It's not like that."