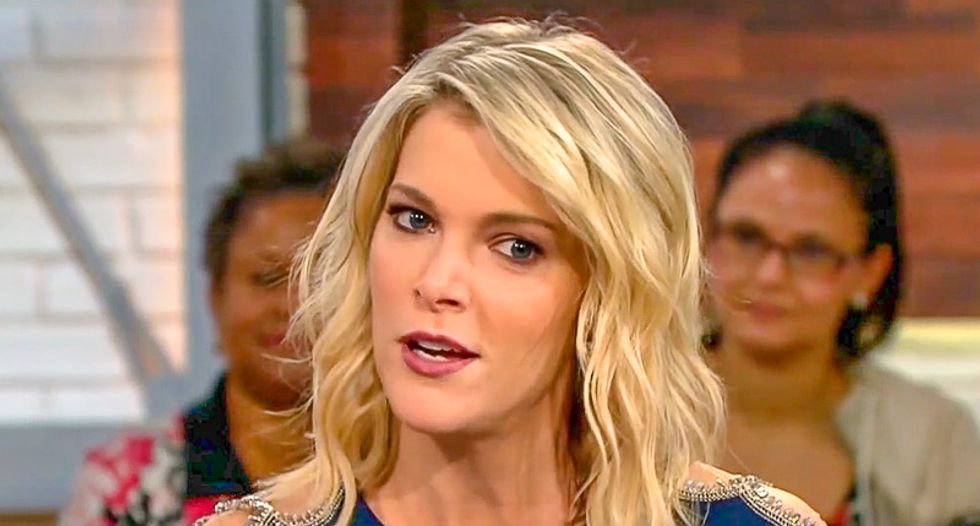 According to MSNBC host Chris Matthews, Kelly is "the expert" when it comes to sexual harassment and sexual assault. Kelly explained that there is only one accuser that has come forward against Kavanaugh.

"I think Dr. Ford is running out of options," Kelly said. "I think she needs to show up on Monday and offer her testimony if she wants to be heard because for better or for worse, she is not in charge of this. The Senate is in charge of this. That committee is in charge of this, and their obligation is to provide advice and consent to the president on his judicial nominee so they get to decide what will inform that decision. And what they've decided is they'll reopen the hearings, which they think is an accommodation."

She went on to blame Sen. Dianne Feinstein (D-CA) for not bringing up the allegations sooner, while the senator says she wanted to give Dr. Ford the privacy she requested.

Dr. Ford has said that she believes there is a precedent to follow when it comes to these accusations. She requested that the investigation was done by the FBI, which is what occurred when Anita Hill accused Clarence Thomas of sexual harassment.

"She's not in a position to demand protocols," Kelly said. "It's not her right."

Point of fact, Dr. Ford has every right to make whatever demand she wants, and the men in the Republican committee can make whatever decision they chose. They can then go on to explain that decision to their female constituents in November. Many of the men on the committee have already made their decision and stated it publicly. Dr. Ford's testimony isn't likely to move any Republicans to oppose Kavanaugh.

"If she wants to tell this story, and I realize she's going through a lot right now with the death threats and all the insane stuff that's happening to her, but I can say this, it's not easy for any sexual assault victim or person who claims to be a victim, we don't know in her case one way or the other, but hearing her would really help," said Kelly.

Kelly said she knows it's always tough for women to come forward but others find it empowering. It's unclear whether "empowered" is what Anita Hill felt being grilled and humiliated in front of the Senate and on international television.

"So, you know, if she wants to be heard, she has an opportunity," Kelly went on. "You know, Monday is still a few days away and she could do it. If she doesn't do it then, she might ding the guy up publicly as a matter of reputation as she already has, but it's not going to be much more than this. It's do or die. "

"It tends to be one woman or person opens the floodgates and then others come forward saying me too, me too, me too," Kelly continued. "For whatever it's worth in Kavanaugh's case, we haven't seen that and moreover what we have right now is repeated testimonials of 30 plus years of exemplary public service. The Democrats might not like Kavanaugh, I realize that, but they should consider what they're going to get if he goes away and Trump rushes to replace him."

She went on to say Republicans likely don't care one way or another, they merely want a conservative justice. "They don't believe in Anita Hill and they're probably not going to believe Dr. Ford."