Kellyanne Conway stuns Jake Tapper by revealing sexual assault: ‘You have to be responsible for your own conduct’ 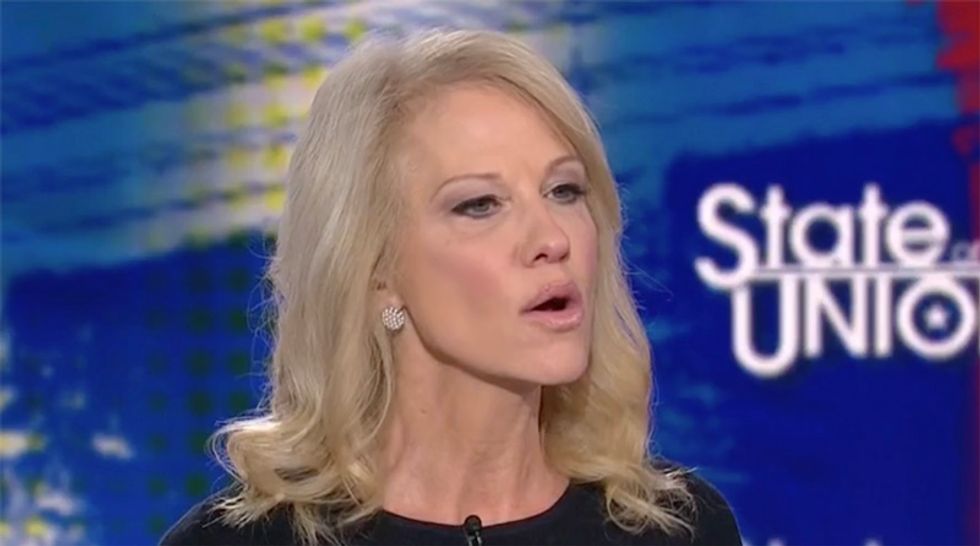 During a discussion on the nomination of embattled Brett Kavanaugh to the Supreme Court with CNN's Jake Tapper, White House counselor Kellyanne Conway dropped a bombshell, stating that she is a victim of a sexual assault.

Defending Kavanaugh after incorrectly attacking CNN for not running a town hall on sexual assault in America, the increasingly emotional Conway suddenly admitted she too is a victim.

Discussing the hearings and the ensuing FBI investigation that has delayed the Senate vote on Kavanaugh, Conway stated, "It's not a court of law proceeding or a meeting of the #MeToo movement."

She then stunned the CNN host with her next words.

"If not one Senate member changes their vote because of what they learn from the FBI investigation, that tells you all you need to know about what the president and Judge Kavanaugh have said is a sham," she continued. "This is partisan politics. I want those women who were sexually assaulted and confronting Jeff Flake, God bless them, but go blame the perpetrator, that's who is responsible for the sexual assaults."

"But can I ask you a question, and first of all, this is the first time I've ever heard you talk about something personal like that and I'm sorry," Tapper replied. "But you work for a president who says all the women who accused him are lying. There have been a number of people--"

"Don't conflate that with this," Conway interrupted. "Let's not always bring Trump into everything that happens in the universe."