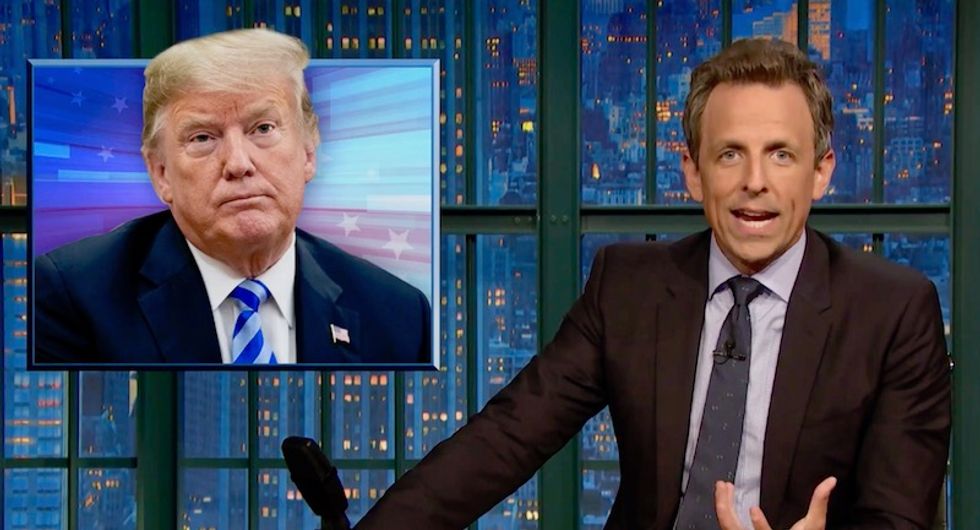 On Monday, cable news pundits reported about conflicting accounts about whether or not Deputy Attorney General Rod Rosenstein was fired or resigned.

"CNN's lower third should say: Something is happening (or is it)," Meyers joked.

Meyers continued to mocked cable news pundits for reporting on Trump's tweets. After news broke that Supreme Court nominee Brett Kavanaugh was accused of sexual assault, cable news reported that Trump was showing "restraint" because he wasn't tweeting about it.

"Because he didn't' wake up at 5 a.m. to tweet, the media lavished him with praise. How can you keep falling for this retrained Trump act after 3 years?" Meyers said.

"You guys are like a monkey watching a magic trip. Except The money would eventually catch on?" he joked.

"It can get repetitive for me telling you every night that the president is a crazy idiot, but I'm not going to tell you he is cured just because he changed the pace.