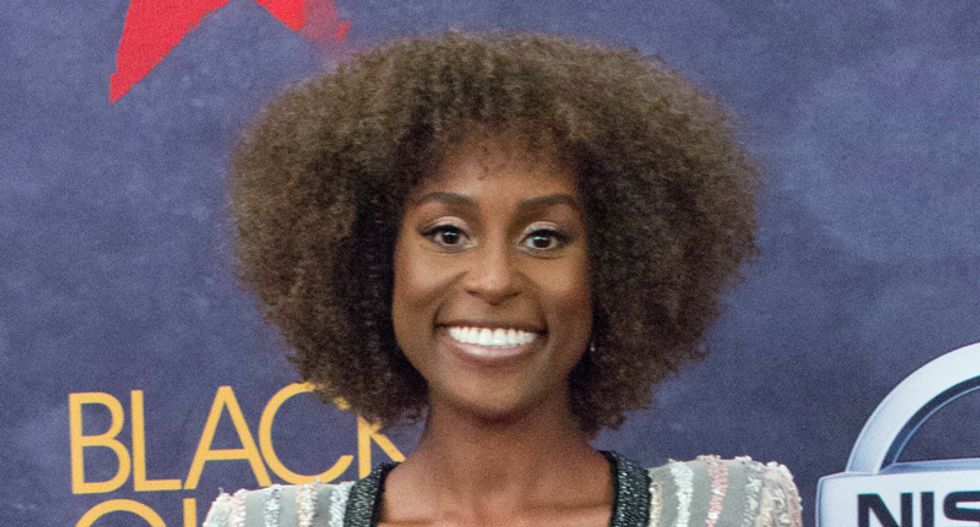 The government spokesperson for First Lady Melania Trump lashed out at actress Issa Rae on Tuesday in hopes of getting her hit HBO show "Insecure" cancelled.

Rae developed the TV show to showcase the complexities of being a contemporary African-American woman.

In an interview with Glamour, Rae discussed talking about the show with former First Lady Michelle Obama.

“It was like talking to my auntie," she explained. "It bums me out that I will never have that feeling again of the first family f*cking with us so hard and getting us."

“If Melania [Trump] said that to me, I would be like, ‘Well, I guess it’s canceled. We’re not making this show. It’s not ours anymore,'" she added.

A story on the interview by the New York Post's Page Six was headlined, "Issa Rae would cancel ‘Insecure’ if Melania Trump loved it."

This drew the ire of Grisham, who tweeted that the First Lady likes the show.

"Melania or the double?" the actress asked, referencing the conspiracy theory that President Donald Trump's White House has been an employing a body-double of the First Lady.