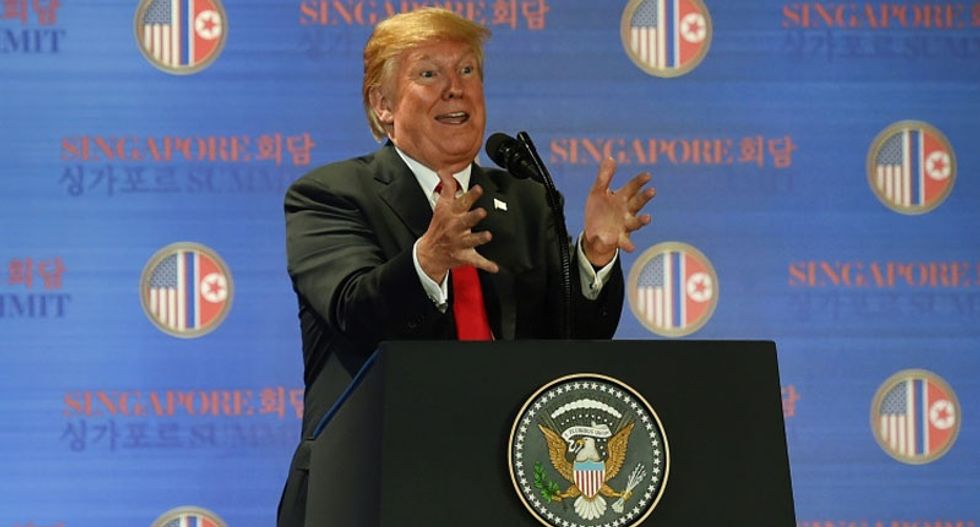 President Donald Trump's signature campaign promise was that he would force the Mexican government to pay for his proposed border wall.

While that promise hasn't come true, it turns out that the president is now willing to pay Mexico $20 million in exchange for the country's help in deporting undocumented immigrants.

The New York Times reports that the Trump administration now plans to "take $20 million in foreign assistance funds and use it to help Mexico pay plane and bus fare to deport as many as 17,000 people who are in that country illegally."

The goal of the program is to stop undocumented immigrants, most of whom are traveling from Central America, from going through Mexico and into the United States.

Ali Noorani, the executive director of the pro-immigration National Immigration Forum, told the Times that the Trump administration has been reduced to paying Mexico to doing its own "dirty work."

"It smacks of desperation," Noorani said.

Even though Trump has not started building his border wall, he has repeatedly falsely told followers at rallies that the wall is already under construction.