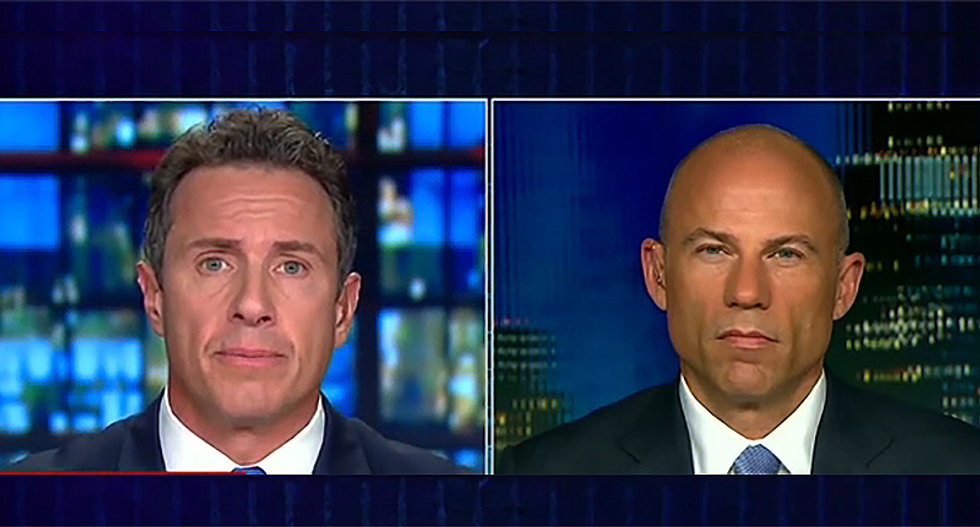 Avenatti said that he has more witnesses that can "show and tell" that Kavanaugh also sexually assaulted them as well.

During an interview with Fox News, Kavanaugh defended himself against the allegations by claiming he was a "virgin" while in high school.

Avenatti told Cuomo that he was not buying this excuse and called it "demonstrably false."

"I just think it's absolutely unbelievable. And I think the American people are smarter than this. You cannot reconcile the individual on Fox News with the individual that was joined at the hip with Mark Judge throughout the years at issue," Avenatti said.

"You just can't. I don't believe that America is going to believe what Brett Kavanaugh just stated on Fox News. So, what exactly is he saying? Is he saying that he did not have sexual intercourse?" he continued.

Avenatti went on, "Are we going to get into a definition of sexual intercourse. Does that mean he performed oral sex or had oral sex performed on him? Does that mean any host of any other sexual activities occurred? Or does he want America to believe that the only thing that he did until well into his college years was effectively kissed or French kissed a woman? Is that what he wants America to believe?"