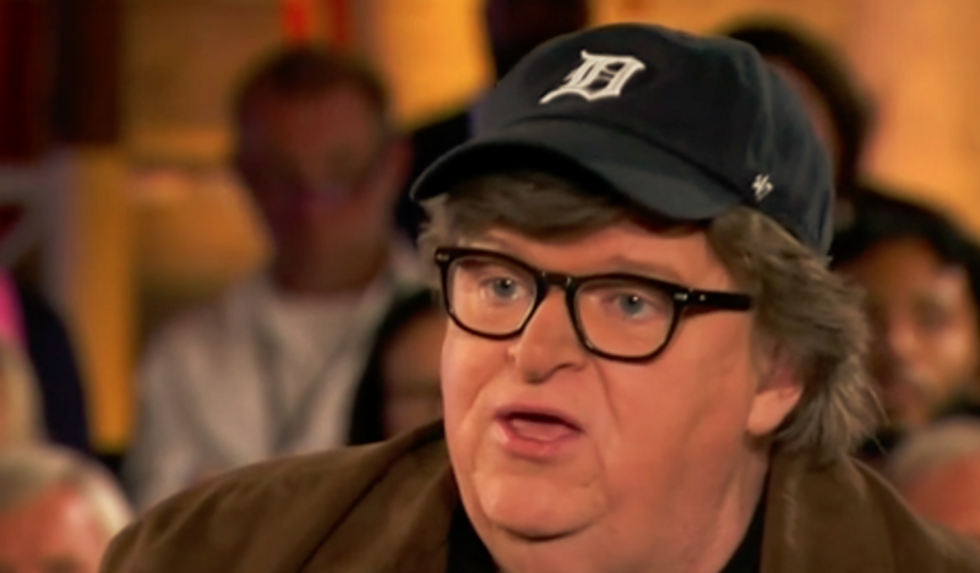 At a town hall event in Flint, Michigan, Fahrenheit 11/9 filmmaker Michael Moore predicted that Donald Trump could "possibly" be the last president of the United States.

"It's possible," Moore told MSNBC's Chris Hayes. When the host expressed incredulity, the documentarian said he "absolutely" believes the claim.

"I think that we have someone in the White House who has no respect for the rule of law," Moore said, "who dislikes democracy by an incredible degree."

Trump's disdain for democracy "doesn't really make him that different from any other billionaires or CEOs because their businesses are not democracies," the filmmaker added. "They rule by fiat, they decide, they make the calls, and they don't like having anybody else having the say."

It's very dangerous to put selfish businessmen in charge of democracies, Moore warned — and it's all the more dangerous because Trump "has a complete lack of ideology." Even a Mike Pence presidency would be preferable to that, he said.

"People say to me, well, if we impeach Trump, we'll have Pence," the documentarian said. "I go, great, at least he believes in something. I'm not afraid of having a debate with Pence about whether or not Adam and Eve rode on dinosaurs 6,000 years ago."