MSNBC guest calls BS on GOP strategist’s attacks on Kavanaugh accuser: ‘We need the truth — not a show trial’ 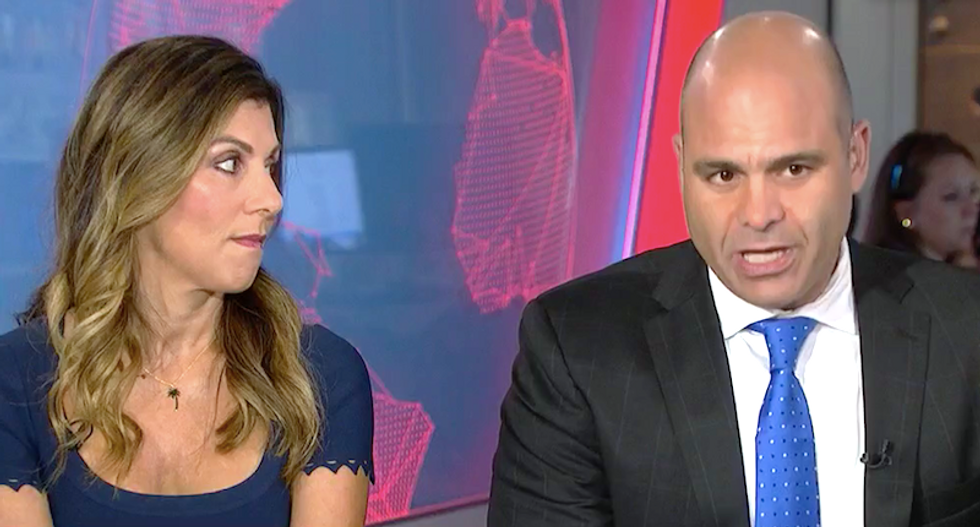 A pair of MSNBC guests clashed over whether Brett Kavanaugh's nomination should proceed after a former high school acquaintance accused him of sexual assault.

Republican strategist Noelle Nikpour told MSNBC's Stephanie Ruhle that accuser Christine Blasey Ford must testify Monday, or GOP senators should go ahead and vote on the Supreme Court nominee without further investigation of her rape claims.

"When we were back in the green room, we were talking, how do you do an FBI investigation before you're proceeding with this vote?" Nikpour said. "What is the FBI supposed to do? How many, you know, crazy teenagers, you know, that are now adults and working with families and jobs, are they supposed to go back and say, 'Do you remember where you were X night and doing what?' I mean, really, what is the FBI investigation? Is that what they're holding up for to proceed with this vote?"

Nikpour said the California professor would hurt other sex assault victims if she refused to testify before the Senate Judiciary Committee.

"If she does testify, you know, the #MeToo movement, one of the things that the #MeToo movement did do on a positive note was give victims the courage," she said. "People are applauding women coming forward saying you're victorious for being courageous to go out and challenge these guys, so it's almost setting it back a notch."

"You know, go and testify," Nikpour added. "If you're not comfortable doing it in an open setting with, you know, cameras everywhere, that's your prerogative. You have the absolute right to, you know, do it behind closed doors. But they're offering you a chance to be heard."

Slate's Mike Pesca said the GOP majority had rigged the situation against Ford, and he didn't blame her for not playing along with their setup.

"I don't know what the hearing on Monday is going to be, that's entirely premature," Pesca said. "I think this idea that sets back the #MeToo movement, if you don't testify at the exact specifications of the 11 men on the panel who don't want your allegations to be true."

Nikpour interrupted and complained that Pesca had pointed out all 11 Republicans on the Judiciary Committee are men, but he said that dynamic was crucial to understanding the situation.

Nikpour again interrupted, and Pesca asked her to stop.

"I didn't interrupt you," he said. "First of all, it does not set back the #MeToo movement to make her testify at the exact specification of her opponents."

"Second of all, the idea that you're allowing her to be heard, Anita Hill was heard but she was railroaded," he continued. "What we're trying to do is put together a process that will get at the truth and not be a show trial that just allows Brett Kavanaugh to get confirmed."