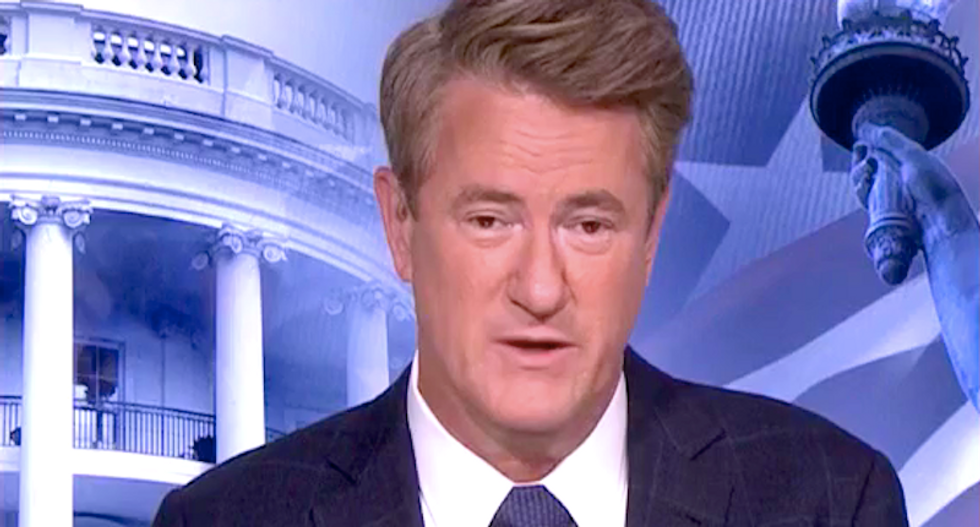 MSNBC's Joe Scarborough reminded viewers that President Donald Trump reacted to the 9/11 terrorist attacks by boasting about himself.

The "Morning Joe" host started out by paying tribute Tuesday to veteran New York Times reporter Adam Clymer, who died the day before at 81, by recalling an insult one of Trump's predecessors hurled against the journalist.

"Of course, Adam Clymer famously burst into the 2000 campaign in an incident, a whispered incident, between George W. Bush and Dick Cheney," Scarborough said.

Scarborough then turned the conversation to Trump's reaction to the Sept. 11, 2001, terrorist attack on the World Trade Center.

"It had to be a sober day for him," Scarborough said. "It was so sober that in an interview, do you remember what he said?"

Co-host Willie Geist did remember, and he finished the story on the 17th anniversary of those devastating attacks.

"He called into WWOR and he said, 'I guess my building is the tallest now,'" Geist said.

Scarborough picked the storyline back up, and placed it into context with tweets the president sent out Monday boasting about the economy -- which both the White House and Fox News were forced to later issue corrections about.

"As the Twin Towers fell, Donald Trump chose that moment to say, 'Well, I guess my buildings are the tallest now,'" Scarborough said. "He was, of course, not only extraordinarily insensitive and boorish, he was, as he is today, wrong."