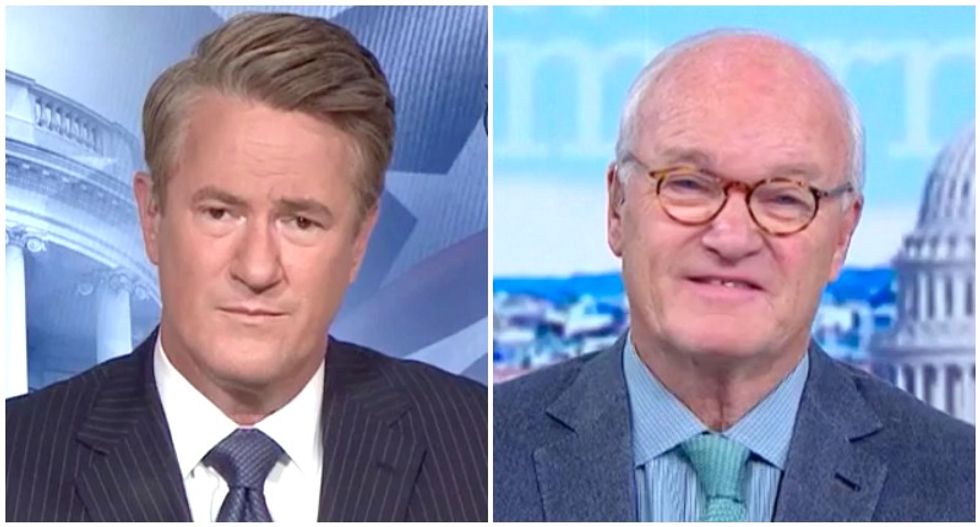 MSNBC's Mike Barnicle said Republicans poisoned the confirmation process for Brett Kavanaugh by refusing to hear the nomination for Merrick Garland -- and he said they had only themselves to blame for its possible failure.

The "Morning Joe" analyst said the GOP majority had made their bed, and now they are lying in it.

"One of the reasons we are here talking about this and the country is talking about this is two reasons, at least," Barnicle said. "One is Merrick Garland. You cannot ignore that. The other reason is that this is not a three-year term for the Federal Trade Commission that we're talking about. This is a lifetime appointment to the United States Supreme Court that could alter this country's direction culturally, politically, in all sorts of ways for a generation, at least."

Host Joe Scarborough agreed the Senate should pause the process to gather more evidence, but he also said any delay was beneficial to the Democratic minority.

"If it takes another week, then they should wait another week," Scarborough said. "So the question is, how does that happen when there is such bad faith between Republicans and Democrats, and Republicans are likely suspicious and now they're saying we can talk about an FBI investigation."

"But the one thing we know is there is a big clock ticking, and every second that goes by, every delay that happens, that accrues to the benefit Democrats," he added, "and any Democrat that pretends that's not the case is just lying. So how do you balance that?"

Co-host Mika Brzezinski complained Republicans had almost no choice but to move forward with a vote if California professor Christine Blasey Ford refused to testify about her allegations of attempted rape against Kavanaugh, but one panelist disagreed.

"Has Mark Judge been asked (about) that under oath?" said New York Times reporter Nick Confessore, referring to a Kavanaugh friend who Ford placed at the scene. "I just find it odd that there actually is a witness. People said (Ford's claim) is uncorroborated, (but) there is someone who is said to have been there. He's being allowed to sort of walk away from this by the Senate."

Republican strategist Susan Del Bersio complained that Judge's reluctance to testify would not be questioned if he was a woman, but Confessore said senators had other evidence to examine beyond Ford's testimony.

"I understand why he doesn't want to come forward, but he could," Confessore said. "What I'm saying is, there are avenues to finding more facts on this that haven't been taken yet."