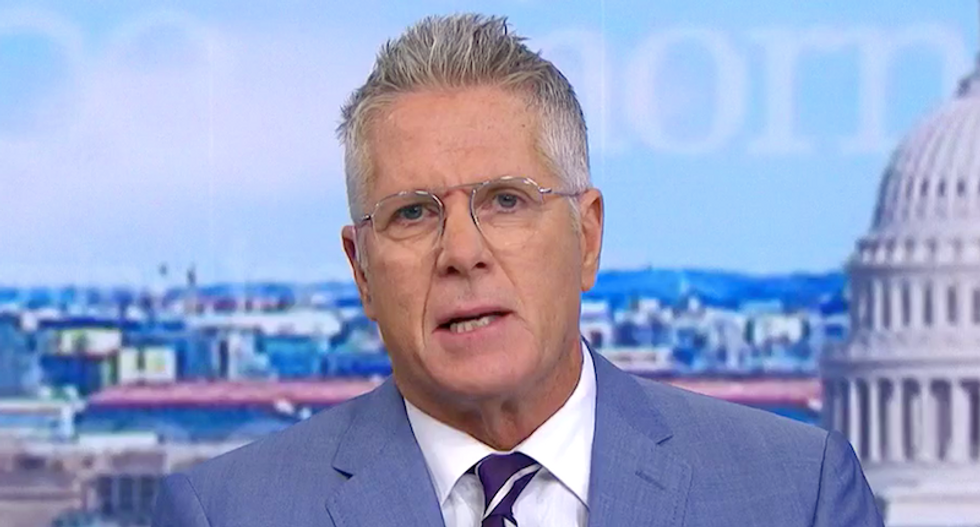 MSNBC's Donny Deustch doesn't believe Brett Kavanaugh will be confirmed to the Supreme Court, and he said Republican senators faced few good options in the political fight over the decades-old rape allegations against the nominee.

A California professor has come forward to put her name behind the claims that Kavanaugh sexually assaulted her while a friend stood watch when all three were teenagers, and the "Morning Joe" contributor said GOP senators must hold allow Christine Blasey Ford to testify.

"There is one option they can't walk away from, this is where kind of culturally and politically the worlds are colliding," Deutsch said. "The subhead of the #MeToo movement is, it's time for men to listen. If the Republicans are saying we're not even going to listen, you know, we don't even want to hear it out, that is a suicidal mission."

Deutsch conceded that it was basically impossible to verify Ford's accusations, but he found them credible -- and he said GOP lawmakers must take them seriously or permanently stain their reputation.

Women are expected to turn out in droves for the November election, and Deutsch said Kavanaugh's confirmation could risk GOP congressional majorities.

"Not only the House is gone, will put the Senate in real, real, real, real play," he said. "If the Republicans are tone deaf here it will be a death spiral for them."

Deutsch said he did not believe Republican senators would be willing to risk their reputations, and their majority, to defend President Donald Trump's nominee.

"I hope there's Republicans listening, this is not a grayish issue, this is a black and white. at the very least you need to say, 'No, we're not going to not hear, we need to listen,'" Deutsch said. "I believe Kavanaugh is dead at this point. I would be shocked if he was ever a Supreme Court justice."