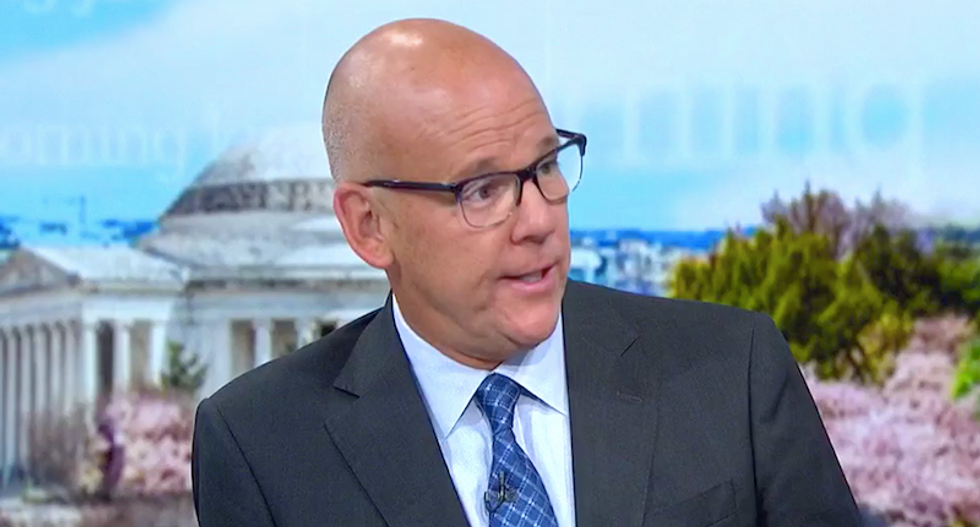 MSNBC's Joe Scarborough dared President Donald Trump to sit down with special counsel Robert Mueller -- but analyst John Heilemann said it could only end badly for the president.

Bob Woodward's new book, "Fear," describes efforts by the president's lawyers to prepare him for an interview with Mueller, but those practice sessions showed Trump was incapable of speaking with investigators without perjuring himself.

"Lawyers have an ethical obligation if they know that their client is committing perjury or is going to commit perjury, they have to report that to the court," Scarborough said. "This is obviously something that John Dowd knew that he was going have to do if Donald Trump testified."

Heilemann pointed to Mueller's reported reaction to Dowd's warning, saying he understood, and said that did not mean Trump would not be called to testify before the special counsel.

"Mueller there, though, is not at all ceding the notion that he doesn't want Trump to come and testify," Heilemann said. "Mueller is simply saying, which actually reads true to how Mueller would read things. He's saying, 'I understand,' meaning, 'I understand the nature of your problem, I get it.' It doesn't mean, 'I'm trying to protect the president or Donald Trump's presidency, but I understand the nature of your problem as a lawyer.'"

Scarborough said the president should be embarrassed that his own lawyers and staffers think he's too stupid to speak with Mueller without deepening his legal jeopardy.

"They all think he's dumb, think he's stupid, all say he's an idiot," Scarborough said. "I'd be really insulted if I was the president and people thought that about me."

Heilemann said the problem was actually deeper than that.

"The other thing they could think, that he's a pathological liar and that he will lie, regardless what his mental state is or intellectual capacity is, the president will commit perjury because the facts are bad, the truth is bad," Heilemann said. "He will lie to avoid the truth or doesn't know what the truth is, you suggested a second ago. Not that he's dumb, in the minds of the lawyers, but that he's lost track of reality one way or the other."