MSNBC’s Mika calls BS on Trump's damage control over UN speech: 'Everyone knows the world was laughing at him' 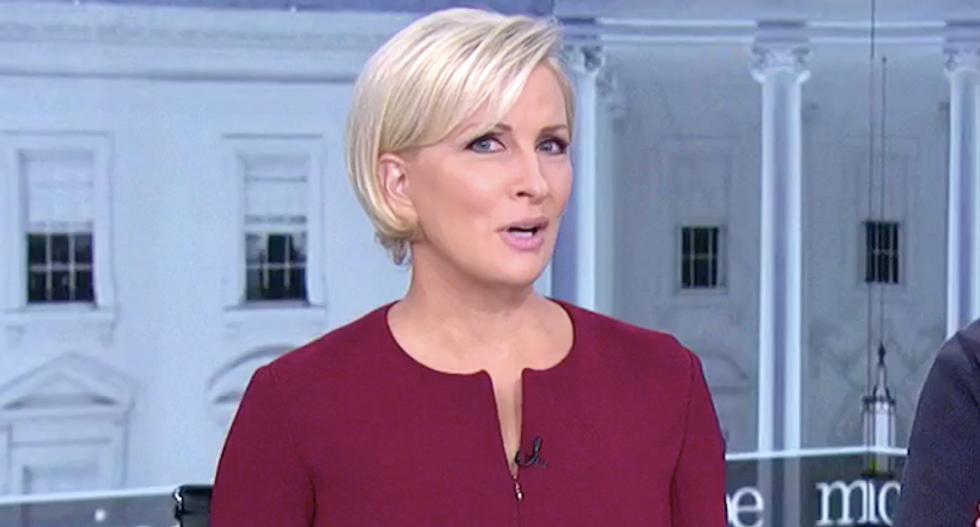 MSNBC's Mika Brzezinski heaped another dose of mockery onto President Donald Trump for steering the subject of his "rambling" news conference to insist United Nations delegates had laughed with him -- and not at him.

The president had boasted Tuesday that he was already one of the most accomplished in U.S. history, and UN delegates burst into laughter, but Trump has insisted several times afterward that he had meant to crack a joke.

"The No. 1 reason why he wanted to stay out there was to make this point, and it was the point about being laughed at by the world," Brzezinski said. "Everyone knows the world was laughing at him, and he wants to take the narrative over and try and explain to people that they were laughing with him. This is what this man thinks is important to clarify."

"Morning Joe" host Joe Scarborough said nothing upset Trump more than being laughed at, and he said the mockery hurled at him during a White House Correspondents Dinner motivated him to run for president.

"If you want to see the moment where Donald Trump said, 'I am running for president,' it was when Barack Obama mocked and ridiculed him at the Washington Correspondent Dinner," he said. "That's the moment he said, 'I'll get even.'"

Brzezinski recalled how Trump refused to read jokes poking fun at himself for an Alfalfa Dinner, because he simply didn't understand self-deprecating humor -- and Scarborough said that deep insecurity would keep him from seeking re-election.

"I still think, and I think I remain alone in western civilization, I don't think he's going to run in 2020," Scarborough said. "He's done it, he's done the gig. Everybody that's close to him says what he fears, he fears losing a hell of a lot more than he likes winning, and it's just not going to be worth the risk."