NC woman regrets decision to ride out Florence: 'We thought hopefully it won't be that bad' 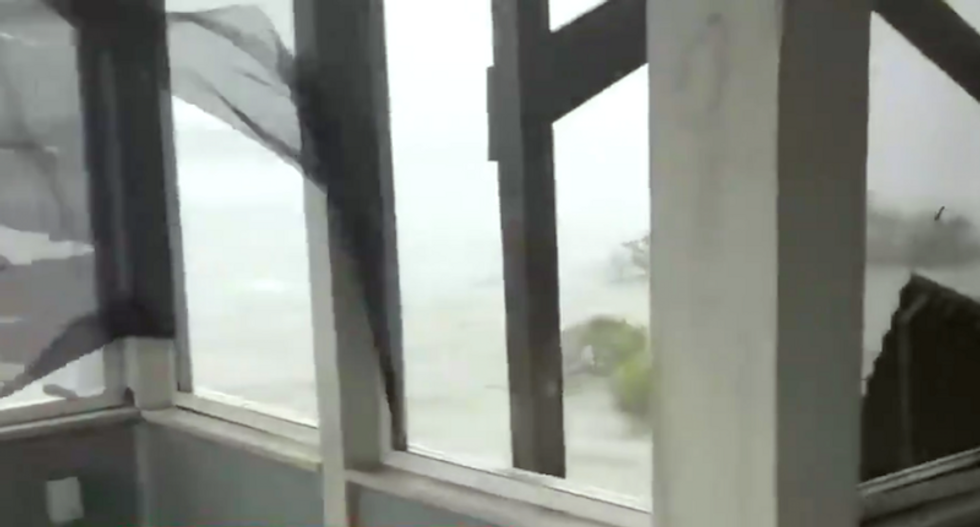 A North Carolina woman explained her terror and deep sense of regret after deciding to ride out Hurricane Florence instead of following evacuation orders.

Jeannette Rivera, of Sneads Ferry, told NBC's "Today" show that the first floor of her home was flooded after the hurricane hit, and she knows there's no help on the way.

"I'm actually looking out from the third floor now, the first floor has a bit of flooding," Rivera said. "All I see is I'm surrounded by the ocean."

The flabbergasted anchors asked Rivera to explain why she hadn't evacuated ahead of the hurricane.

"We thought -- several reasons -- we thought it would be like (Hurricane) Matthew, we lost a little bit of our dock -- a bit of damage, you know, it wasn't that bad," Rivera said. "My husband is a doctor. We thought, you know, it took so long for people to get back during Matthew, some people could not get back up to two weeks because of the flooding and roads being closed. We just thought, you know, hopefully it won't be that bad."

Rivera told the anchors that she regrets her decision and would not likely make the same mistake again.

"I will never, ever stay there this -- the noise, you never want to experience it," she said. "Knowing you are surrounded by water and hearing the noise and not knowing if your house will collapse into the water. That was the scariest, and not knowing if we could get out. We have kayaks in the house at this point. Knowing they told us if you stay we will not rescue you, that's been a big point of contention in our minds."

Rivera said the sound of the waves inside her house kept her up at night, terrified.

"It is scary because it is so black," she said. "We have not had electricity in three days, when you can't see, when you go to sleep, the last thing you were able to see was waves literally hitting your house. My next-door neighbor -- waves are just pounding his house. The view you have and you lay there all night and you can't see it, you just have no idea. Am I going to wake up? Parts of me felt I would wake up to actually crashing down into the water."

Sneads Ferry, NC, resident Jeanette Rivera and her husband decided not to evacuate amid #Florence and now their hom… https://t.co/kqZLO8TXFk
— TODAY (@TODAY)1537016658.0