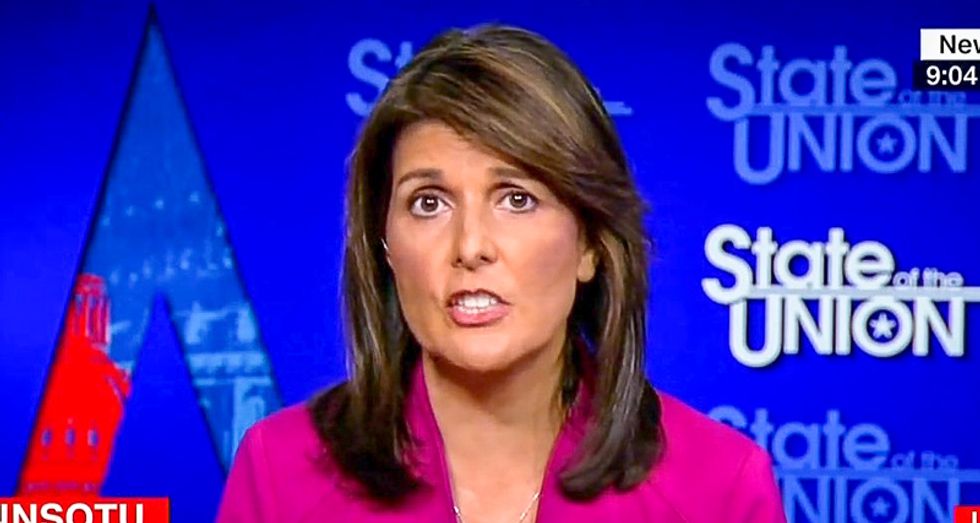 While appearing on CNN's State of the Union program, host Jake Tapper noted that Trump has been condemned for going after Blasey Ford because she did not report the alleged assault to the FBI while she was in high school.

"What was your response [to Trump]?" Tapper asked Haley.

"For the good of both families I think [Republican senators] have to do [the hearings] swiftly and quickly and they have to do it with a lot of care," she continued. "So with that, we don't know what the truth is 35 years ago, but we'll find out. And I think that's the best thing we can do is just hear from both sides and then take it from there."

After Haley dodged the question about Trump's attack on Blasey Ford, Tapper pressed, "Just as a general principle, do you think it's fair for someone to suggest that if a person, a woman or a young girl, didn't go to the police when an alleged attack actually happened then the attack likely didn't occur? Is that a message that you're comfortable with?"

"The message that I'm comfortable with is that accusers go through a lot of trauma," Haley said, once again deflecting the question. "Some handle it one way, some handle it the other way. Regardless, it's not something that we want to do, to blame the accuser or to try and second-guess the accuser."

"I think we don't know the situation she was going through 35 years ago," Haley added. "We don't know the circumstances. I think she's going to get the opportunity to say that."