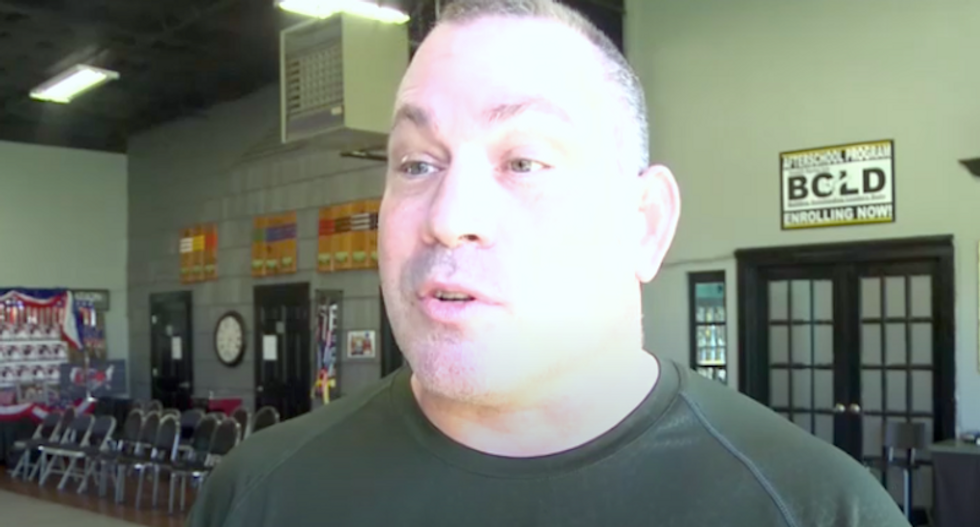 An Oklahoma police chief admits he knowingly hired a former neo-Nazi as a reserve officer.

"In the two years that I have known him, he has done nothing but contribute," Watson told the TV station.

Alsbrook was named interim police chief in neighboring Colbert but resigned in August 2017 after the Southern Poverty Law Center uncovered his connections to white nationalist groups.

The organization released a hate map after a neo-Nazi march in Charlottesville, Virginia, resulted in a woman's death and other violence, and that map showed a group operating in Texoma.

ISD Records sells racist music and other items marketed to skinheads and white supremacists, and KXII discovered the company was owned by Alsbrook -- who initially denied the association.

Alsbrook claimed skinheads had stolen his wallet and his identity after a fight in the 1990s at a heavy metal concert, but he resigned a week later from the Colbert police force.

The SPLC previously identified Alsbrook in 2005 as the skinhead group Blood and Honour USA's Texas coordinator and the operator of NS88 Videos, which had a website similar to ISD Records.

Watson, the Achille police chief, said Alsbrook admitted to participating in skinhead groups but wanted to leave his past behind.

"He was involved in some kind of group then, and wanted out and the only way he figured he could get out would be to move far away," Watson said. "Everyone has a past, some of which they may not be proud of, of which he is not. He wishes he never had those connections."

Watson said the police department had zero tolerance for racism, and Alsbrook said he was no longer associated with hate groups.

"I do not want my name associated with any hate ideology, end quote," Alsbrook said via email, but declined further comment.