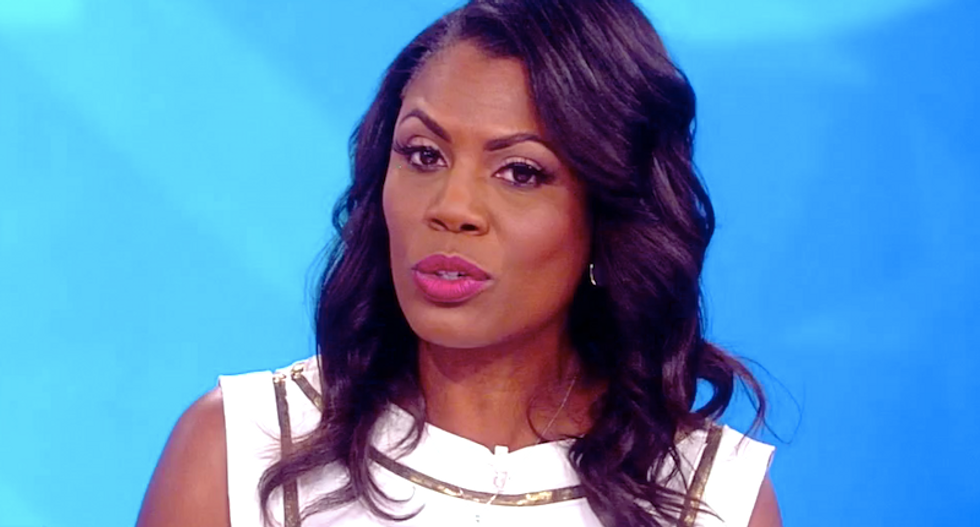 The recording shows Trump rambling about Hillary Clinton and the Russia investigation after interrupting a meeting about tax cut legislation in October 2017, shortly after reporting showed his rival's campaign and the Democratic National Committee helped pay for opposition research by a former British spy.

"I think Hillary is getting killed right now with Russia," Trump tells staffers. "The real Russia story is Hillary and collusion."

The president claims that then-staffer Hope Hicks told him Clinton paid $9 million for the opposition research that resulted in an infamous dossier, although Sarah Sanders corrected him to say it was closer to $6 million.

Trump claims the money was paid through a law firm so it could not be traced, and he insisted the payments were illegal campaign contributions.

Manigault told "The View" that Trump frequently barged into meetings when he got bored and just spoke about whatever was on his mind.

"When Donald Trump got bored, which was very often because his attention span was very short, he would sometimes try to figure out what meetings were taking place in the White House and he would crash those meetings," she said.

"This was a meeting with the entire communications staff and the press shop, meeting to talk about tax reform or his trip to North Korea," Manigault continued. "He crashed the meeting, he came into the meeting, he sat down and he starts rambling from topic to topic, none of it makes sense."