CNN's Preet Bharara calls it 'humiliating' that Trump ridicules Sessions over Russia probe: 'It's not a win' 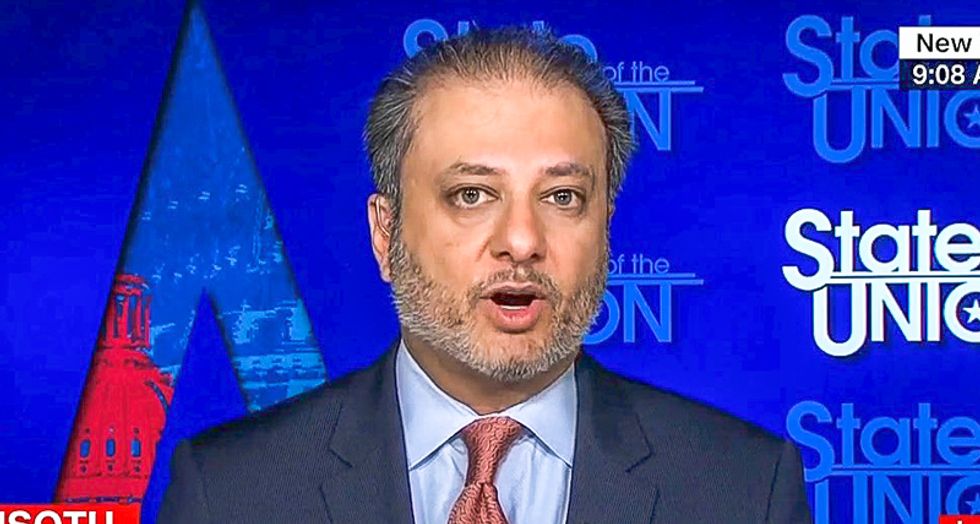 Trump has repeatedly ridiculed Sessions over recusing himself from Special Counsel Robert Muller's probe into Russia's interference in the 2016 presidential election.

"It's not the first time the president has attacked him. I think it's maybe the 100th or 200th. The president doesn't just attack him— he mocks him, and humiliates him," Bharara said.

He continued, "It has become almost a painful thing for people to watch. It might be a thing for the career lawyers and staff members to see their boss —the head of the most important law enforcement entity in the world —to be mocked and ridiculed like that."

Bharara said that no matter what Session does correctly that Trump is only concerned about the Russia investigation.

"I think ultimately how much you're doing for him policy-wise [does not matter] but the thing that occupies his mind more than anything else as we see from the off the cuff statements, from the interviews he gives to random magazines is the Russian investigation."

He went on to explain that their strained relationship is not a "win" for anybody.

"It depends how you define a win. If the only way we measure the conduct of the president and conduct of the FBI — who are charged with keeping us safe —if you're not feeling that is what a win is maybe he has won," he said.

Watch the full interview below via CNN.