‘This process is illegitimate’: MSNBC's Morning Joe says Democrats should walk out of Kavanaugh hearings 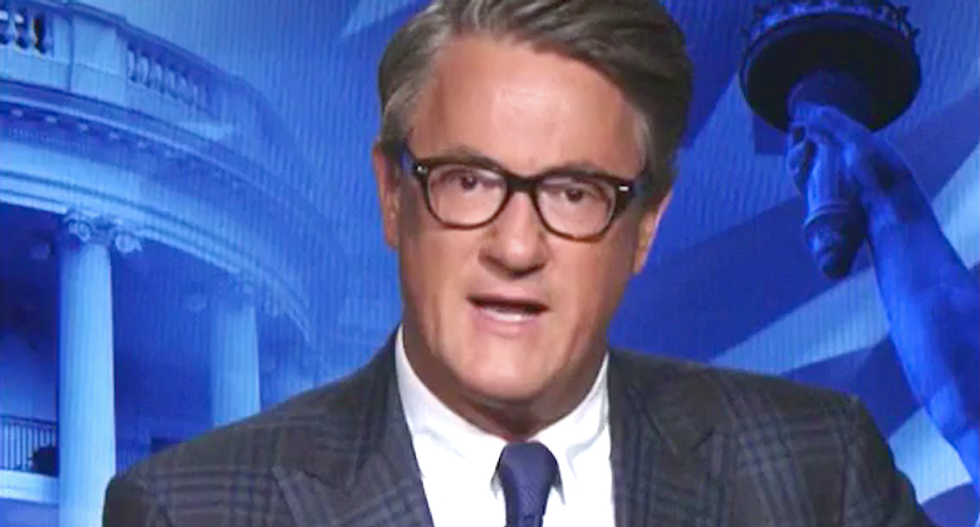 "I do not understand what these Democrats are thinking," Scarborough said. "I don't understand their lack of fight."

"This process is illegitimate," he continued. "It started illegitimately, as you said, with Merrick Garland, and now the Republicans have basically hidden 150,000 documents from Democrats that they have been begging for over the past several weeks. No judge in America would allow an opposing side to dump 150,000 documents on another party in a lawsuit the day before hearings started or a trial is started. I'm completely baffled. why do Democrats -- why are they even showing up? They should not show up."

"Senator, if there's no committee confidential and you believe this is illegitimate, why not put out the 42,000 documents yourself?" said Stein, also the political editor for The Daily Beast. "You can post them online. Doesn't the public deserve to see the same documents?"

Whitehouse agreed Senate Democrats could do that, but he said they had not decided whether to dump those documents online.

"I don't understand, just walk me through this," Stein said. "I hear from a lot of frustrated progressives who do follow this very closely. They hear you guys say this is illegitimate, they hear you guys note that the president is (implicated in) a co-conspirator crime, that there's an investigation going on and that this shouldn't proceed."

"Yet the Democrats on the committee are not taking the most aggressive steps, they are not stepping out of the hearing as (host) Joe (Scarborough) illustrated and not releasing the documents that are supposedly committee confidential," Stein continued. "What is the disconnect here? Why are you guys not fighting this more aggressively if you think this is such an existential threat?"

Whitehouse insisted there was no reason to step outside the normal process for debating Supreme Court nominations.

"I can't speak for others, but I think the committee process is the best place to make these points," the senator said. "I don't think Americans, frankly, respect people very much who walk out of their jobs when there's a fight to be had, and I think it's important we take this forum and have that fight."

"Other people disagree, and I think that's a very fair disagreement," Whitehouse added. "I'm not criticizing them, but my feeling is when there's a fight in front of you, go have it."

Scarborough said Senate Democrats should delay the hearings until they had a chance to review the new documents.

"I don't understand why the Democrats are showing up," Scarborough said. "They have been talking about this lack of transparency from the very beginning."

He said a lifetime Supreme Court nomination was too important to rush into without reviewing all relevant information.

"This Kavanaugh appointment, which could fundamentally alter the balance of the Supreme Court for the next generation, and the Republicans refuse to be transparent about it," Scarborough said. "You know, I would certainly recommend everybody around me not show up for the hearing."