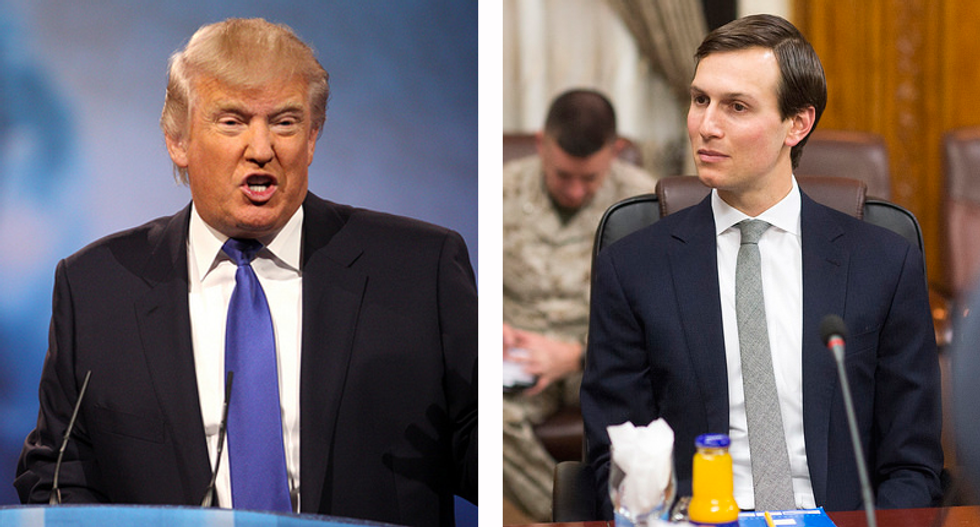 Woodward explained the crucial role of son-in-law Jared Kushner, who, "without the title, was running the campaign, especially on money matters."

In August of 2016, campaign chief executive officer Steve Bannon told Kushner that the campaign desperately needed Trump to write a $50 million check to the campaign for TV ads.

"He will never write a $50 million check," Kushner replied.

"Dude, we're going to have this thing in a dead heat," Bannon argued. "We need to finally go up on TV with something."

"Steve, unless you can show him he's a dead lock -- I mean a dead lock -- up three to five points, he'll never write that size check," Kushner predicted.

The candidate's son-in-law suggested asking for only half the amount.

"He doesn't have a lot of cash," Kushner revealed.

The next day Bannon asked for $10 million, which would be repaid to Trump as small dollar donors made contributions to the campaign.

Bannon reportedly referred to people donating to the billionaire as "grundoons" or "hobbits."

"Okay, fine, get off my back," Trump told his campaign advisors.

The events were documented in chapter five of Robert Woodward's new book, Fear: Trump in the White House.