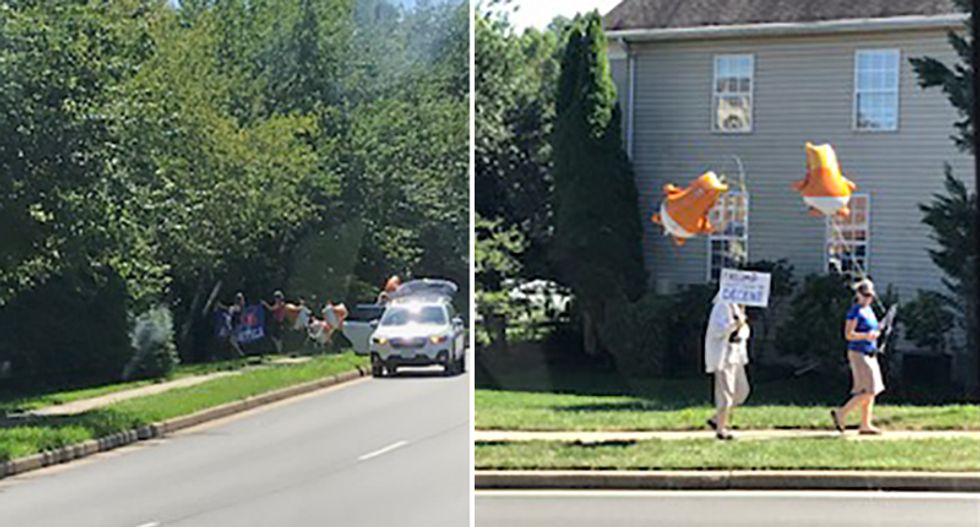 Protesters outside of President Donald Trump's Virginia golf course got creative Sunday as the president headed for a long weekend of golf.

“About a dozen protestors set up a series of signs along the sidewalk outside the club including ‘Resign’ and ‘Liar.’ The Trump baby balloons were also out," pool reports said. "They shouted ‘resign’ as the motorcade passed.”

"The blue and white sign in the second photo says 'Putin’s Apprentice' with the hammer and sickle symbol of the former Soviet Union replacing the 'u' in Putin," the following pool report said.

Protesters were outside the golf course on Saturday during John McCain's funeral.

Yesterday as Trump's motorcade pulled out of the entrance to the Trump National Golf Club, it passed a clutch of pr… https://t.co/n3pjpByKTx
— ☇RiotWomenn☇ (@☇RiotWomenn☇)1535893768.0