Regretful Trump voters are getting sick of his immorality: ‘Children will think this is acceptable behavior’ 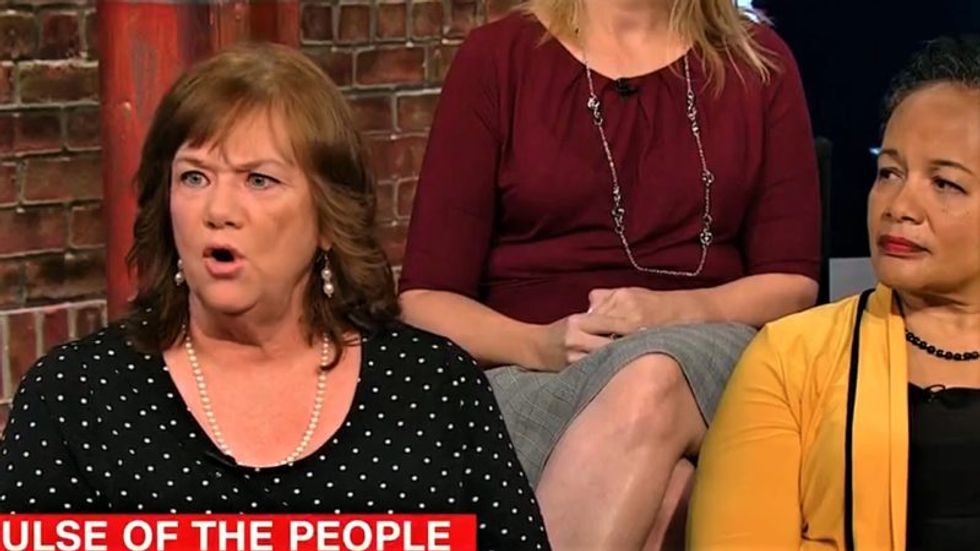 A group of Trump voters talk with CNN (Screen cap).

Two women who voted for President Donald Trump in 2016 told CNN this week that they are sick of watching him treat women so poorly.

Although the CNN panel of women Trump voters contained many women who did not regret their votes for the president, panelists Ally Bross and Annie Anthony said that they'd had enough of his behavior.

"It starts with talking about women's face lifts, I think," said Bross. "It's disrespectful. I think the majority of women, I don't think that they see him as a respectful pro-woman kind of man, especially people my age. In my age demographic, it's a huge deal that he is not supportive of easily accessible women's healthcare in terms of Planned Parenthood."

Anthony, meanwhile, said she felt disturbed by Trump's multiple affairs -- including affairs with an adult film star and a Playboy model that he paid to cover up.

"My fear with President Trump is that his extramarital affairs will make it more of a norm that the children will think this is acceptable behavior," she said. "And it's not -- it's hurtful behavior."