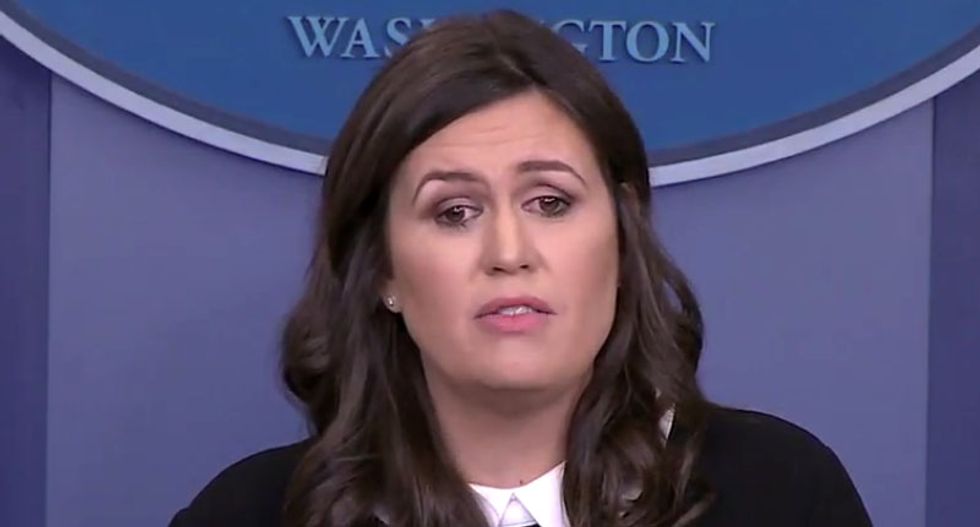 After hours of surprising silence, the White House on Tuesday responded to bombshells revealed in a yet-to-be-released book by Pulitzer Prize-winning journalist Bob Woodward.

"This book is nothing more than fabricated stories, many by former disgruntled employees, told to make the President look bad," Sanders said in a statement.

Sanders claimed, "President Trump has broken through the bureaucratic process to deliver unprecedented successes for the American people."

The government-issued statement also claimed that "no one can beat him in 2020 -- not even close."

"The idea I ever called the President an idiot is not true," Kelly argued.