‘Too scuzzy for TV’: Reporter repulsed by latest Brett Kavanaugh allegations she revealed in the New Yorker 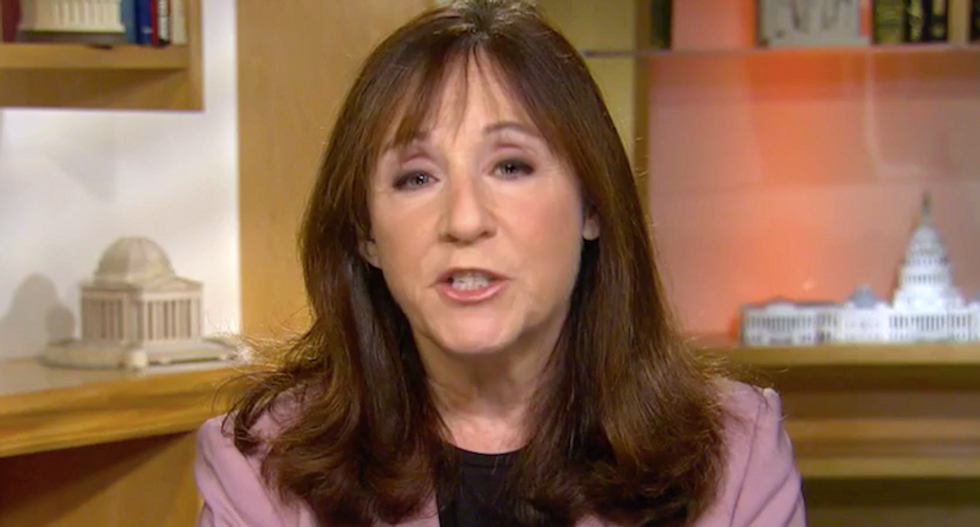 A New Yorker reporter who revealed new sexual assault allegations against Brett Kavanaugh discussed her work on MSNBC's "Morning Joe," but she had trouble discussing some of her findings because they were "too scuzzy for television."

Jane Mayer, who revealed new accusations against the Supreme Court nominee with colleague Ronan Farrow, said Deborah Ramirez did not ask them to help make her allegations public.

"No, actually she didn't step forward," Mayer said. "This is the thing -- we called her. We heard her name. This is a story -- she did not ask for this."

Ramirez then decided to go public after she was contacted, and learning that other Yale classmates remembered the alleged incident.

"She felt once asked she had to try to search her memory to really remember and say whether there was something here, but this wasn't her idea to come forward," Mayer said. "What happened is that 35 years ago, when this incident took place, people talked about it, and people in that Yale class have been talking about it since then."

Mayer said one source she trusts said he and other former classmates discussed the Ramirez claims as soon as Kavanaugh was nominated.

"There's a very sober background source, who was not part of the party, was not drunk, heard about it either that night, he thinks, or the next day," she said. "When I asked him myself, does he remember this, and is he sure that Kavanaugh was the person he heard about in this. He said to me, 'I am 100 percent sure.'"

"He's mentioned it to other people in grad school over the years," Mayer continued. "His classmates were talking about it in July, before Christine Blasey Ford came forward. We have looked at the e-mails, they're chattering about it, saying, 'Boy, if the FBI investigates him, there are going to be some stories here that are going to put an end to his nomination.'"

Another source contacted Mayer and Farrow to share her concerns about Kavanaugh friend Mark Judge, who Ford claims was an accomplice in her near-rape.

"Her name is Elizabeth Rasor, and she was at Catholic University with (Judge), and she said, 'I feel a moral obligation to correct the record here,'" Mayer said, paraphrasing her source. "'What he's saying about how there's no way that this could have happened because they only knew boys, they only roughhoused with boys, there were no girls basically in their lives,' she said, 'Mark Judge told me that he' -- I don't want to say anything too scuzzy on television -- 'but told me that he had sex when she was at Georgetown Prep with some of his friends, all with the same drunk woman at the same time.'"

"She's saying this on the record," Mayer added, "and she is a teacher now, and she said, 'I wouldn't betray confidences ordinarily, but I felt it was just too important, and I needed to say there's another picture of Georgetown Prep social life than the one that he painted -- and he knows that.'"