Steve Schmidt unleashes fury on GOP for pushing Kavanaugh: ‘All of it washes sewage on the Supreme Court’ 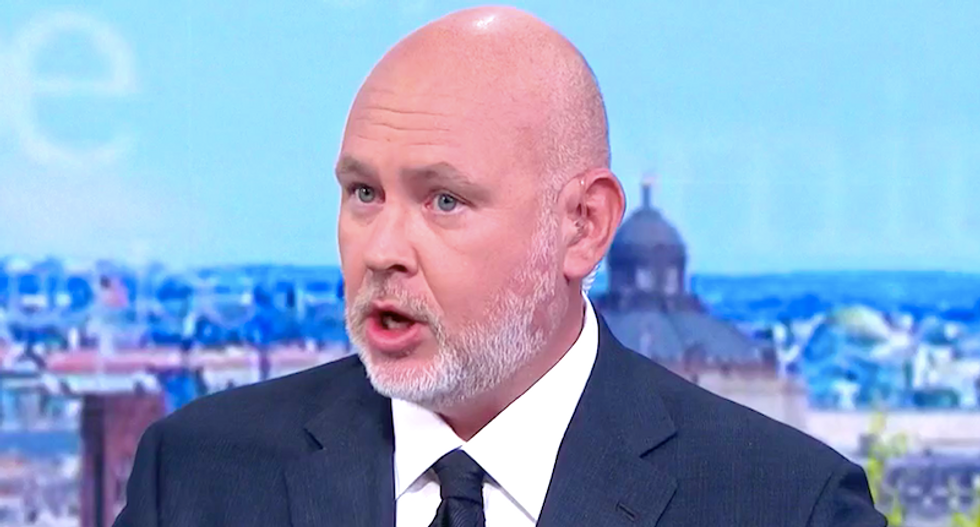 The former GOP strategist, who left his party this summer over President Donald Trump, blamed veteran senators Chuck Grassley (R-IA) and Dianne Feinstein (D-CA) for overseeing the degradation of their committee and the U.S. Supreme Court.

"Absolute utter chaos, the degradation of our most important institution," Schmidt said. "What we'll see today is a nonfunctioning, disgraceful Congress. What we'll see is an assault and a vandalizing of the Supreme Court as an institution."

"One of the things I think is remarkable about the whole thing is, if you think -- take the politics, take the ideology out of it, you look at Grassley and Dianne Feinstein, both of them pushing 90 years old, they've been up there together for 26 years in a body of 100 people, and this is the outcome of their work product?" Schmidt said. "It is unspeakable."

He said the confirmation process had exposed a deep rot within democratic institutions, and Schmidt said Kavanaugh would poison the court for as long as he served.

"Zero-sum partisan politics -- all of it washes sewage on the marble edifice of the Supreme Court, a vital institution for the preservation of our democracy, for the rule of law, and it's just being trashed," Schmidt said.

"No matter what, let's say Kavanaugh does get through," he continued. "He can sit up there to the year 2058, 40 years from now. There will always be a cloud over this. This has been handled atrociously."