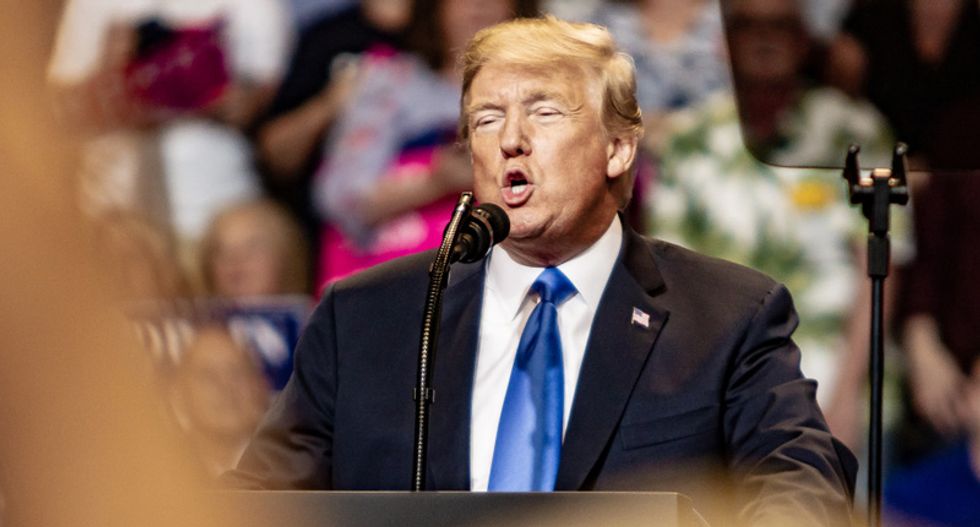 President Donald Trump told more than 15 lies a day in recent months -- more than three times the pace he set in the early days of his presidency.

The Washington Post has been tracking the number of false or misleading claims Trump has made, and their analysis found the president has been lying at a remarkable rate -- with a particular emphasis on economic issues.

Trump has made 4,713 false or misleading claims in the 592 days since his inauguration, according to the Post's analysis, for an average of nearly eight per day.

He averaged 4.9 such claims during his first 100 days in office, but he's averaging 15.4 false or misleading claims per day over the past three months.

Nearly one-third of all the lies the president has told have come this summer, and June, July and August rank as the top three months Trump has lied the most.

Trump has told 592 lies about immigration, and he's falsely claimed 43 times in the past six months that a wall was currently under construction along the U.S.-Mexico border, although Congress has refused to fund the project.

He's made 445 false or misleading statements about Russian interference in the 2016 election, and various investigations into wrongdoing by the president and his associates.

Trump has insisted the Russia probe -- which has resulted in several guilty pleas by his associates and more than two dozen indictments -- was a hoax or fraud at least 200 times.